On June 23, 2015, at the initiative of the Public Defender, an introductory meeting was held with Director of the State Service for the Veterans’ Affairs Irakli Shikhiashvili. Alongside Public Defender Ucha Nanuashvili the meeting was attended by Deputy public Defender Natia Katsitadze and Head of the Department of Protection of Human Rights in Defence Sphere Tamar Gabiani.

The Public Defender spoke about the newly-established department the main focus of activity of which is protection of rights of veterans. Also, they discussed problems related to war veterans and veterans of military forces, their legal rights and shortcomings that need to be promptly addressed.

The Public Defender expressed interest in social situation of veterans and the issue of subsidies and other benefits envisaged by the legislation, budget and social packages allocated for veterans.

They talked about grave conditions that exist in settlements of veterans and possibility of providing them with alternative housing.

At the meeting, it was noted that conditions in the veterans’ hospital do not meet standards necessary for providing service to patients and it will be appropriate to find alternative premises and provide it with medical equipment. Irakli Shikhiashvili discussed in details current and future projects and plans related to war and military service veterans. The parties agreed on future cooperation. 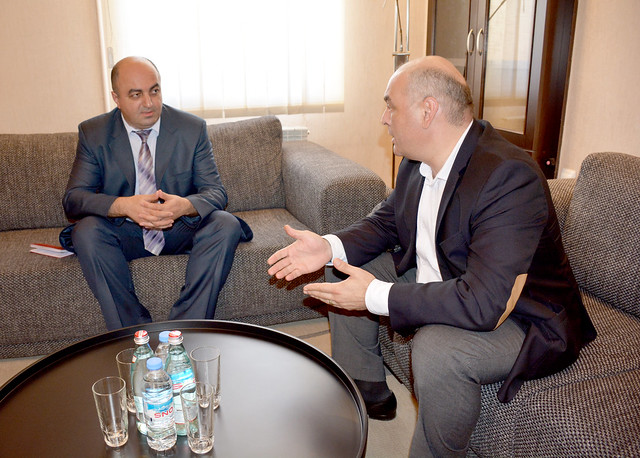