On 5 April 2017, the Human Rights Academy of the Public Defender and the Information Center on NATO and EU held training for high and middle-level military officers within the framework of the NATO Days.

The opening speeches were delivered by Natia Katsitadze, the First Deputy Public Defender, and Irina Shamiladze, the Head of the Public Affairs Division at the Information Center.

The training, the topic of which was human rights in the military service, was led by Tamar Gabiani, the Head of the Public Defender's Department of Protection of Human Rights in Defense, and Giorgi Muchaidze, a member of the Atlantic Council of Georgia. The concept - citizens in military uniform, international conventions and agreements – was discussed at the training. Special attention was paid to the European Convention on Human Rights in the context of the rights of military personnel; the issues relating to international missions, NATO standards and NATO-Georgia cooperation were also discussed at the training.

The Public Defender continues to work in the field of protection of human rights in defense, including on issues relating to education, and would like to thank the Ministry of Defense for cooperation. 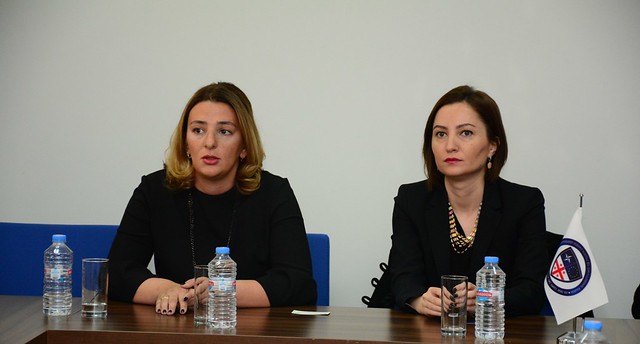