On November 3, 2015, second training was opened within the framework of the Academy of Human Rights of the Public Defender’s Office. The 5-day training on Covering Gender Issues and Ethics of Journalism, intended for regional media representatives, will be led by local and international experts.

Deputy Public Defender Paata Beltadze welcomed participants of the Academy and talked about the important role of media outlets in elimination of gender inequality and discrimination. He also emphasized the role of regional media in raising public awareness and developing the idea of ​​equality.

The training program aims to increase awareness of journalists on major issues of women's rights and gender equality. Participants of the training will have the opportunity to learn about the standards of covering gender issues, expand their knowledge in gender equality and women's rights, and get information about the international practice in gender-sensitive reporting.

The course will be full of both theoretical and practical training elements. The training will be led by local experts Eka Agdgomelashvili and Zviad Koridze, international expert Monica Elena, and representatives of the Public Defender's Office Ekaterine Skhiladze and Ana Lobjanidze. After completing the course, the participants will be awarded certificates.

The newly-established Academy of Human Rights is a structural unit of the Public Defender, which is aimed at deepening of knowledge of target groups in legal and other aspects of human rights, as well as strengthening of their research and analytical skills. The Academy held training for journalists for the second time; two more trainings are planned to be held this year. 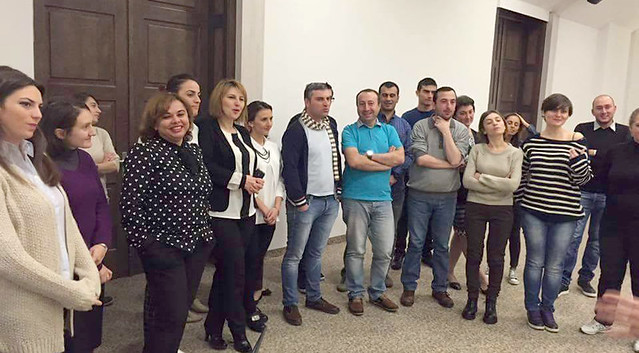