On 30 October 2015 the Public Defender held a public debate on advantages and disadvantages of mandatory military service at Tbilisi State University. Tamar Gabiani, Head of the Public Defender’s Department of Human Rights in the Field of Defense, Ana Dolidze, Deputy Defense Minister, Irakli Sesiashvili, Chairman of the Parliament’s Defense and Security Committee and Goga Kharshiladze, Head of the Military Mobilization and Coordination Department of the Ministry of Regional Development and Infrastructure delivered speeches at the meeting.

The Head of the Public Defender’s Department of Human Rights in the Field of Defense reviewed the problems related to mandatory military service. The monitoring carried out by the Public Defender’s Office revealed violations in the process of examination of recruits. In particular, confidentiality is not observed during medical examination and the recruits have to reveal their diagnosis in a wide group. Only ten minutes, instead of necessary 10 days, are spent on identification of psychological problems. Cases of nervous breakdown are frequent in the process of adaptation, though recruits do not have opportunity to talk with a psychologist.

The Public Defender considers that the functions of mandatory military personnel represent the major problem. They mainly have to perform the function of the guard at military bases or of watchmen in prison facilities or work physically.

The existing model of mandatory military service is not supported by the Ministry of Defense either. According to Deputy Defense Minister Ana Dolidze, reforms are under way in this regard, which aims to reduce the number of recruits next year, while it is planned to abolish the service in 2017; Ana Dolidze said that the issue is under active discussions and that an alternative project should be prepared in parallel with abolishing the existing model. Creation of a powerful reserve is being discussed as one of the alternatives.

The Chairman of the Defense and Security Committee does not support the absolute abolition of the service and considers international practice. Irakli Sesiashvili is working on a new concept of sophisticated model of military service.

Participants of public debates expressed readiness to continue working on eradication of military service shortcomings and improvement of human rights standards. They talked about the prospects of creation of a group, which will work on finding ways for achieving these aims. 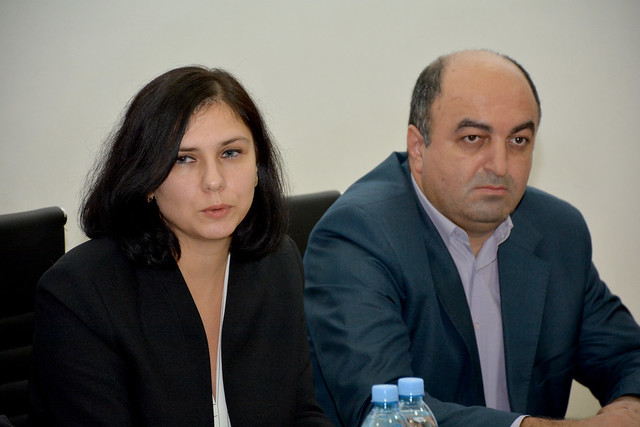