On December 10, 2015, the Public Defender of Georgia held information campaign in 9 cities of Georgia with regard to the International Human Rights Day.

“The rule of law and high standards of human rights represent the foundations of a democratic state. For strengthening these fundamental values, ​​it is essential to involve civil society in the state-building process. This year the Academy of Human Rights was opened in the Public Defender's Office, trainings were held for target groups, informative advertisements were prepared, monthly newsletters were published and press releases reflecting the activities of the Public Defender's Office were intensively spread. All these efforts have one goal - to raise public interest and awareness on human rights. The aim of today's information campaign serves this objective", - said the Public Defender at the event held the city of Kutaisi, which was also attended by the Deputy Head of the United Nations Development Programme in Georgia Shombi Sharp and British Ambassador to Georgia Alexandra Mary Hall Hall.

The events were held in Tbilisi, Kutaisi, Batumi, Zugdidi, Ozurgeti, Gori, Akhalkalaki, Telavi and Marneuli by the support from the EU project "Improving the operational capacities of the Public Defender's Office of Georgia”. 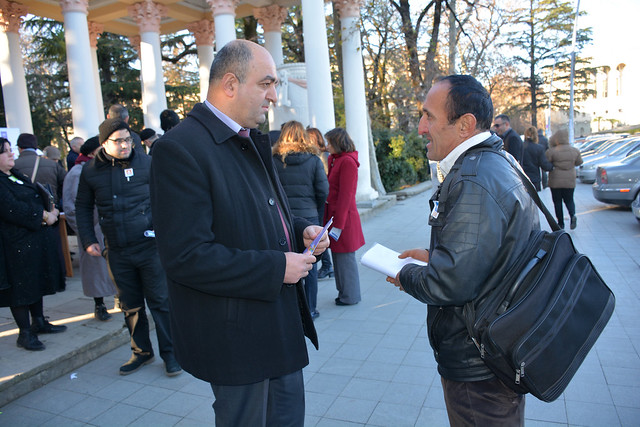