Meeting with Ambassador of Sweden

The situation of human rights in Georgia, gender equality and elimination of all forms of discrimination, as well as reforms of the penitentiary system, the prosecutor's office and the judiciary, including the ongoing process of appointment of judges were discussed at the meeting.

Effectiveness of investigation of facts of ill-treatment committed by law enforcers and the issue of disciplinary responsibility of judges were also considered. The Public Defender once again stressed the need for creation of an independent investigative mechanism and labor inspection.

The acutest topics of the meeting were violation of human rights in the occupied territories and the restriction of the right to education in Gali district.

Ucha Nanuashvili briefed the Ambassador of the activities and special reports of the Public Defender's Office, the newly activated hotline and the Academy of Human Rights. 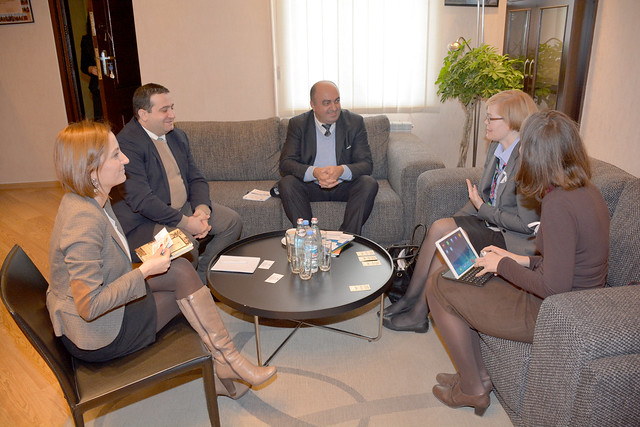