On 2 November 2015 Public Defender Ucha Nanuashvili met with members ofthe Georgia-EU Parliamentary Association Committee. The state of human rights in Georgia, the needs of people living along the dividing line and the state of rights of IDPs were discussed at the meeting.

Special attention was paid to the state of rights of people living in the occupied territories and the role of the Public defender in this process.

At the meeting Ucha Nanuahsvili once again emphasized the need for creation of independent investigative mechanism and labour inspection. He also talked about the reforms ongoing in the Prosecutor’s Office and the law-enforcement agencies as well as the situation in penitentiary facilities. 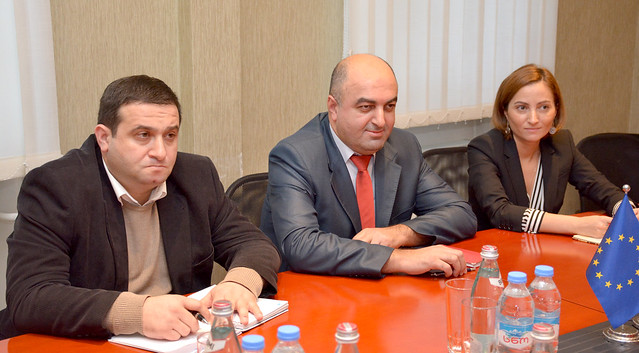