On November 2, 2015, the Public Defender held a meeting with members of the monitoringmission of the activities of the United Nations High Commissioner for Refugees (UNHCR) in the South Caucasus.

The Public Defender informed the members of the monitoring mission of the state of rights of IDPs in Georgia as well as of those living in the occupied territories. Procedures of resettlement and recommendations concerning the needs of IDPs, submitted by the Public Defender to the Government, were discussed at the meeting.

The representatives of the mission got interested in the details of the national strategy and the need for involvement of the United Nations High Commissioner in this issue. Discussions also focused on the awareness of vulnerable groups and access to existing services. In addition, the sides discussed the issues that represent one of the priorities for the Public Defender – protection of the rights of asylum seekers, refugees and persons with humanitarian status; state of human rights in the occupied territories; necessity for amending the laws on asylum-related issues.

The Public Defender briefly reviewed the efforts of his Office in terms of survey of the state of rights of conflict affected population and persons living in conflict regions. He briefed the members of the mission of the main problems detected during the survey of the state of rights of IDPs; in particular, privatization of their living units, grave conditions in some of IDPs’ facilities and long-term resettlement of IDPs. He also reviewed the national policy of IDPs.

The Public Defender stressed the importance of launching efforts for improving the new law on IDPs and moving to an “approach adjusted to needs”, in order to solve the problem of long-term resettlement of IDPs.

At the end of the meeting, Ucha Nanuashvili welcomed the United Nations High Commissioner’s support to the Public Defender’s Office, the aim of which is effective implementation of local and international legislations. The Public Defender stressed the importance of continuation of this cooperation. 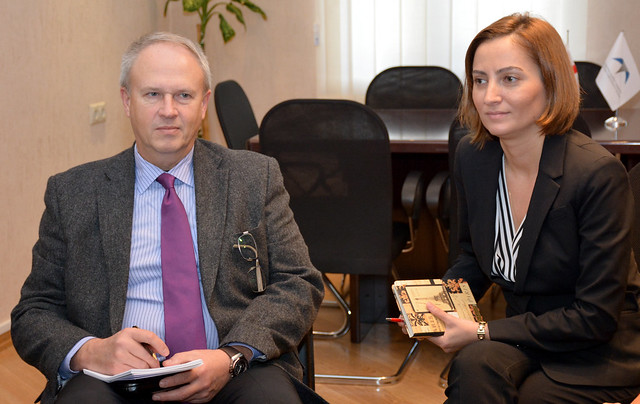