Special Report on Rights of Asylum Seekers, Refugees and Persons with Humanitarian Status

On 7 December 2015, the Public Defender presented a special report on the rights of asylum seekers, refugees and persons with humanitarian status.

Wars and conflicts across the world have made millions of people refugees. In the recent years the number of applications filed by asylum seekers has increased in Georgia too. As of October 2015, 995 persons were registered as asylum seekers. As for the persons with refugee and humanitarian statuses, at least 1192 persons live in Georgia under the protection of international law. Most of them are citizens of Iraq, Ukraine, Russia and Syria.

The report offers the results of the monitoring carried out by the Public Defender's Office to survey the situation of the rights of asylum seekers, refugees and persons with humanitarian status. The document highlights the general situation of asylum seekers, refugees and persons with humanitarian status, including access to asylum procedures, permits for state border crossing and complaints/appeals procedures in courts. Special attention was paid to the shortcomings in the legislation, with regard to which relevant recommendations have been prepared. Amendments were made to several documents in 2015, but this was not sufficient. According to the changes made to the Administrative Procedures Code of Georgia, the term for appealing against individual administrative-legal acts of the Ministry of Refugees on refusal to grant humanitarian or refugee status has been increased from 10 to 15 days, which we think is not a reasonable time, since imposition of a similar term carries somewhat discriminatory nature and violates the rights of asylum seekers, as pursuant to article 16 of the 1951 Convention relating to the Status of Refugees, asylum seekers should enjoy the same rights as the citizens of recipient countries.

Amendments to the Criminal Code of Georgia applies to the articles, which define responsibilities of asylum seekers in case of violating the rules of entering the occupied territories, illegally crossing the state borders of Georgia and making, selling or publishing forged documents, seals or letterheads. The amendments are an exact replication of the relevant article of the 1951 Convention, which is welcomed by the Public Defender; however, it is important the state to ensure realization and accurate interpretation of the amendments.

The amendment to the Law on Refugee and Humanitarian Status, according to which, the 10-day period for registration of asylum seekers has been canceled, is welcome. This recommendation was included in the Public Defender’s Parliamentary Report of 2014. However, the 6-month period (9-month if extended) for consideration of applications for granting refugee or humanitarian status, which is quite a long term for asylum seekers who do not have a source of income in a foreign country, has remained unchanged.

Justification of the refusal to grant refugee or humanitarian status to the asylum seeker on grounds of state security should be regulated at the legislative level, since the cases studied by us show that similar decisions are made without making any evaluation and even minimum information is unavailable for the asylum seekers.

The report was prepared within the framework of the project “Support to the Public Defender’s Office in Surveying the Situation of Refugees, Persons with Humanitarian Status and Asylum Seekers”. 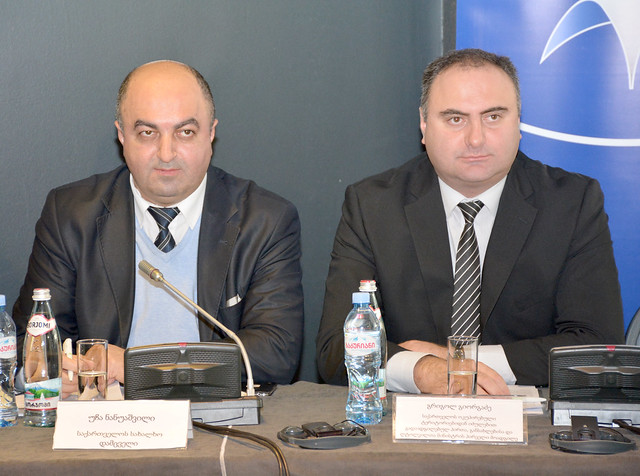