On May 31, 2016, the Public Defender presented a special report about the human rights situation in the country’s mental hospitals to representatives of governmental agencies, international organizations and non-governmental organizations. The report reflects results of the monitoring carried out by the National Preventive Mechanism in 12 stationary psychiatric facilities.

The report highlights the problem of insufficient funding that ultimately leads to the lack of qualified personnel, inappropriate therapeutic environment; low-quality treatment, care and psycho-social rehabilitation; long hospitalization and unavailability of community-based services.

During visits to the psychiatric institutions, the monitoring group was notified of a number of cases of physical and verbal abuse of patients. In addition, placement of patients in extremely bad conditions in some psychiatric institutions, facts of physical and chemical restraint, use of physical restriction methods and injections in the presence of other patients, unavailability of timely and adequate treatment for somatic diseases, long-term hospitalization, negligence and involuntary medical intervention can also be regarded as ill-treatment. The monitoring also revealed that there are problems with regard to violence among patients and provision of security in psychiatric facilities.

Physical environment and sanitary condition in some of the psychiatric facilities not only do not contribute to provision of a favorable therapeutic environment, but also creates a situation, which in many cases amount to inhuman and degrading treatment. There are gravest conditions in Surami Psychiatric Hospital and the National Center for Mental Health (Kutiri).

The Public Defender's report reviews the vulnerable situation of formally voluntary, but actually involuntary stationary patients. The beneficiaries beyond the court control are not able to protect their rights and are subjected to medical interventions and physical restriction against their will. Thus, the patient's right to personal liberty and security is violated.

The report also reviews the problems related to psychiatric assistance and treatment of somatic diseases. During checking the standards of treatment of people with mental disorders, the Special Preventive Group found that in most institutions treatment is understood as pharmacological therapy both by managers and the staff, which is incompliance with the principles of modern bio-psycho-social approach and evidence-based health care. The problem of long hospitalization is acute. A number of patients spend months or even years at hospitals without ever leaving it. They often do not need active treatment, but cannot leave the hospital because they have nowhere to go or their families are reluctant to take them home.

Based on the monitoring results, the Public Defender concluded that there are very serious problems with regard to treatment of somatic diseases in psychiatric institutions. As the study of medical records of deceased patients show, many patients with somatic health problems were in need of examination and treatment, but medical documentation does not show that such examination or treatment was provided.

Considering the above, the main recommendations of the Public Defender are: to increase the funding for mental health system, to promote the process of deinstitutionalization, to elevate the quality of psychiatric care and to strengthen state control over the protection of human rights in the institutions. 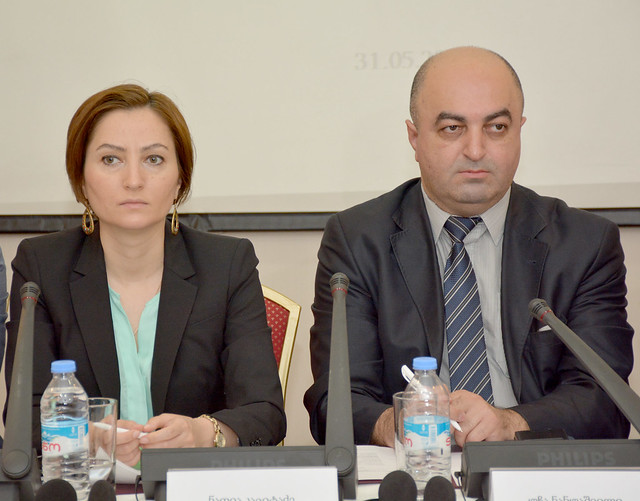