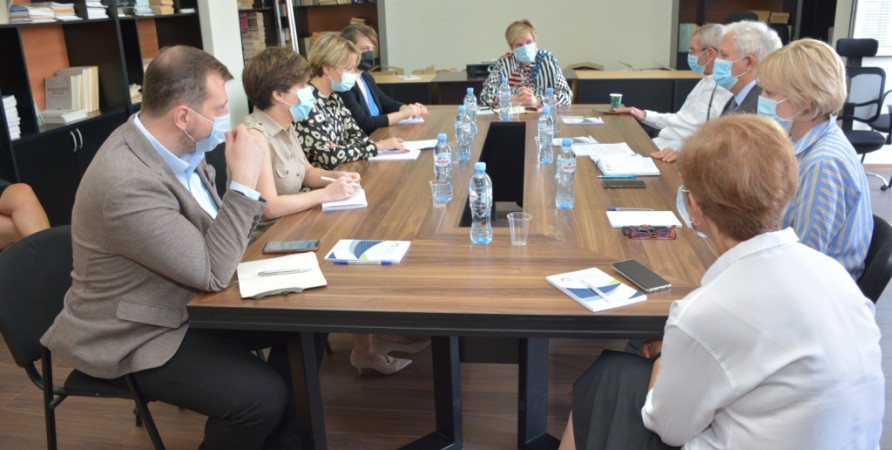 On September 18, 2020, Nino Lomjaria, Public Defender of Georgia, met with Amiran Gamkrelidze, Head of the National Center for Disease Control and Public Health.

The Public Defender received information about the general epidemiological situation in the country, which, according to the Head of the National Center for Disease Control, is still manageable, the space in hospitals is sufficient and citizens are tested in a proactive manner.

The Public Defender spoke about the conditions, infrastructure and quarantine spaces of the fever centers and hospitals, received information about the treatment protocol and the practices of other countries in this direction. The need to tighten control over state care institutions, as well as the standard of nutrition and sanitary-hygienic conditions, was also discussed at the meeting. Particular attention was paid to awareness-raising activities.

The meeting was attended by the Deputies of the Public Defender and representatives of the National Center for Disease Control and Public Health.