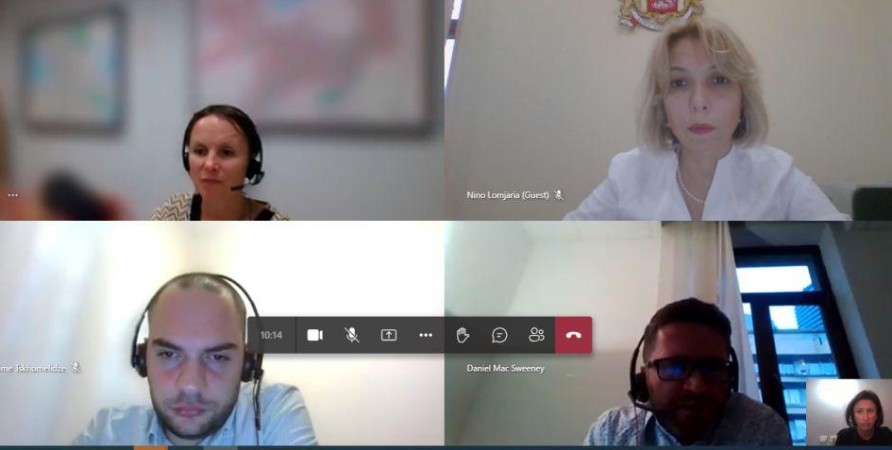 Meeting with Representatives of ICRC Georgia

On September 17, 2021, Nino Lomjaria, Public Defender of Georgia, met with Severine Shappaz, Head of the Delegation of the International Committee of the Red Cross (ICRC) to Georgia, and Daniel Mac Sweeney, ICRCEnvoy on Missing Persons in the Caucasus, and breifed them on the rights situation of the conflict-affected population in the country, the mandate of the Public Defender and the challenges facing the Office.

Daniel Mac Sweeney spoke about the current work and future visions of the International Committee of the Red Cross in the direction of the search for the missing persons. The parties also discussed the role of the Public Defender's Office in this process.

Nino Lomjaria expressed her desire for more involvement of the Public Defender's Office in the process of searching for the missing persons, noting that she would have communication with the Government of Georgia in this direction.

The meeting was also attended by Onisime Tskhomelidze, ICRC Georgia’s Legal Adviser, and Meri Kochlamazashvili, Adviser to the Public Defender of Georgia on Human Rights in the Conflict-Affected Regions.