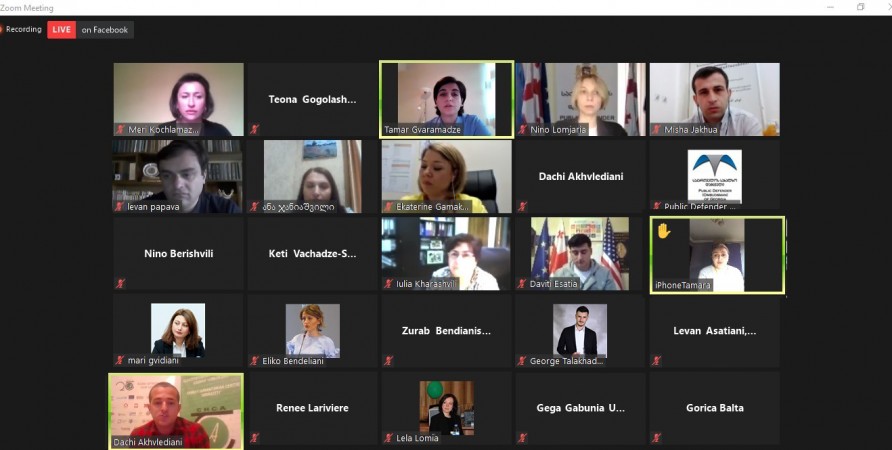 On April 21, 2021, Public Defender Nino Lomjaria presented Special Report of the Impact of Closure of the So-called Checkpoints in 2019-2020 on the Rights Situation of Population of the Occupied Territories.

In 2019 and 2020, movement had been restricted several times by the closure of the so-called checkpoints by the de facto authorities of both occupied regions. The pandemic further aggravated the situation. The difficult rights situation and humanitarian crisis in occupied Akhalgori are especially worth noting. The deaths of dozens of people as a result of the arbitrary closure of the crossing point since September 4, 2019 have clearly demonstrated the deplorably low quality of medical care and the vital importance of free movement. Before the closure, the so-called checkpoint of occupied Akhalgori had been used by up to 400 people daily for getting adequate medical care, food, pension and other essential services. The so-called checkpoint on the Enguri bridge, when fully opened, had been used by 1400-1500 people daily, while today this number has been reduced to 20-30.

The special report also analyzes in detail the vicious practices of illegal detentions and imprisonment of individuals along the occupation line, as well as beating and ill-treatment of prisoners. People in the occupied territories of Georgia are mostly detained on charges of the so-called illegal border crossing and they are released after paying a fine. The illegal detention of persons lasts mainly 2-3 days, although recently the de facto authorities changed its policies and started to launch criminal proceedings. (Cases of Vazha Gaprindashvili, Genadi Bestaev, Irakli Bebua, Zaza Gakheladze, Ramaz Begheluri, Mirian Taziashvili and Khvicha Mghebrishvili). A clear example of torture and ill-treatment in isolators and prisons is the case of Khvicha Mghebrishvili, who was illegally detained on July 3, 2020, as well as the death of 28-year-old Inal Jabiev, who was beaten to death.

The report also analyzes the Covid-19-related situation in the occupied territories and the issue of documentation required for movement across the occupation line.

According to the Public Defender of Georgia, the formal regime established by the de facto authorities for movement across the occupation line and the establishment of various barriers, such as the unpredictable closures of the so-called checkpoints, illegal arrests, problems with de facto documentation required for movement and other obstacles restrict the freedom of movement of the residents of occupied regions and create unjustified barriers to their access to livelihoods. It is important for the Georgian Government, with the support of the international community, to use all available mechanisms to protect the rights of people living in the occupied territories, including by holding negotiations with the occupation regime to ensure access to conflict regions for the international organizations.