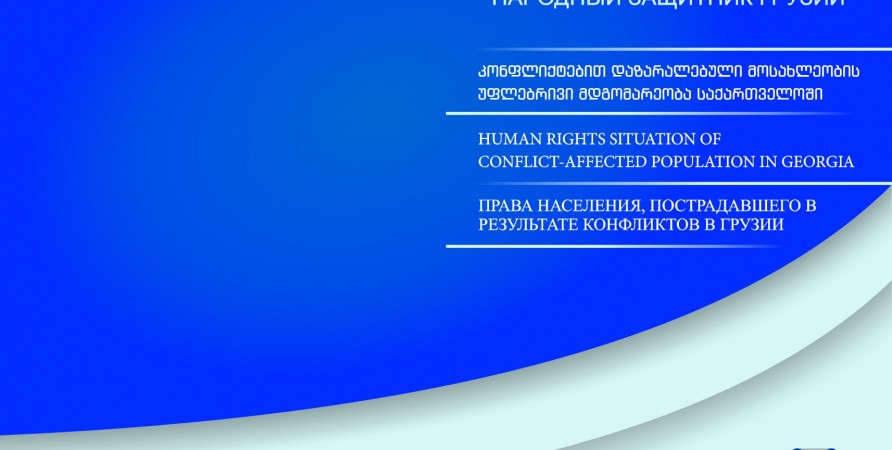 Armed conflicts taking place in Georgia dealt a heavy blow to the country’s welfare and democratic development. Due to the painful legacy of conflict, special attention should be paid to conflict-affected people, which comprise between 20 and 30 percent of the country’s population.

Although open military actions have stopped, the conflict-affected population still experiences the dire consequences of war; their fundamental rights and freedoms continue to be violated as well.

One welcome development is that the 2014-2015 Action Plan of the Government of Georgia on the Protection of Human Rights devotes special attention to the protection of rights of people living near the occupied territories and dividing lines. The Action Plan provides a list of measures the government intends to implement for enhancing the protection of rights and freedoms of conflict-affected people. In particular, these measures are designed to improve social and economic rights, security, infrastructure as well as access to health care and education services for people living in the occupied territories.

2014 was an especially difficult year for Gali residents in terms of human rights. Even though military actions have long stopped in the conflict zones, formal or informal armed groups continue conducting illegal activities and violating the rights of civilians. While the government of Georgia claims the reduction in incidents and hotbeds of tension in Gali district owes to its peaceful policy along the occupation line, no reliable statistics support those claims whereas residents of Gali district complain about an increase in abductions, assaults and robberies.

It was not until 2014 after the end of the 2008 armed conflict that the disappearance of a person in the Georgian-Ossetian conflict zone was registered. It is imperative that investigative bodies conduct investigations into alleged crimes committed during and in the immediate aftermath of the August 2008 war, including into enforced disappearances, in an effective manner and in the shortest possible timeframes.