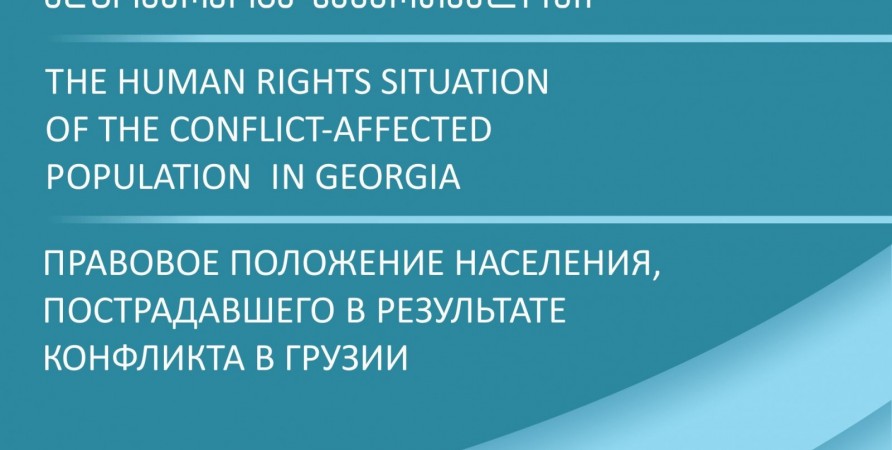 The Human Rights situation of Conflict-Affected Population in Georgia

This report provides information about human rights situation of conflict-affected population in Georgia in 2015.

Even though fighting has stopped since the end of the August 2008, Georgian, Ossetian and Abkhazian citizens residing in conflict zones are still suffering from the devastating effects of the war.

During the 2015 reporting period, the Public Defender and his staff carried out intensive monitoring of the human rights protection of victims of the conflict residing near the administrative boundary lines, as well as in communities located in the occupied territories. A number of meetings were held with members of the local population, civil society activists and representatives of local and central government bodies. This report was prepared based on meetings with those individuals and groups.

The documented human rights violations listed in this chapter are proof that there are no alternatives to a policy of peace and conflict transformation. Adequate protection of human rights is the best available mechanism for preventing further conflict and violence. Ignorance of human rights issues increases the prevalence of attitudes that result in escalated tension and destabilization.

The Public Defender and his staff actively participate in the confidence building process and in educational projects, along with the involvement of Georgian, Abkhazian and Ossetian human rights advocacy organizations and civil society representatives.