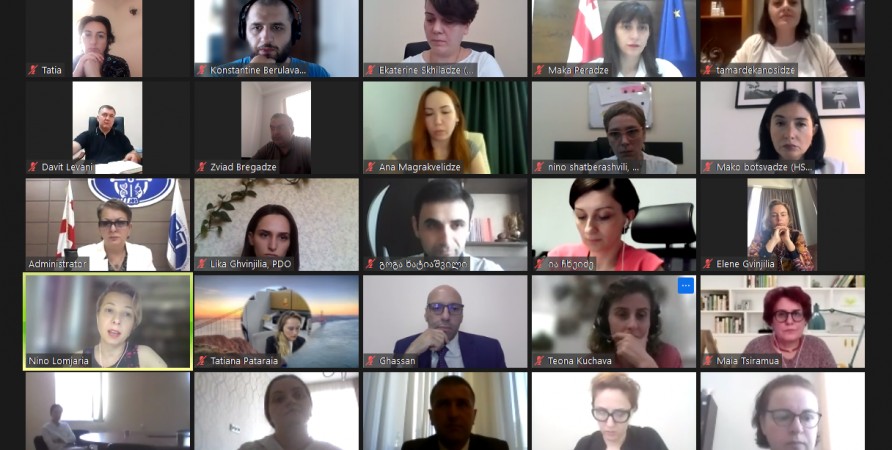 On August 4, 2021, the Public Defender of Georgia presented a special report – “Research and Monitoring of Administration of Justice on Crimes of Sexual Abuse and Sexual Exploitation of Children.” The report was prepared within the framework of the UNICEF-supported project "Strengthening the Capacities of the Public Defender's Department on the Rights of the Child in Monitoring the Cases of Sexual Abuse of Children”.

The document is the first large-scale study on the administration of justice on crimes of sexual abuse and sexual exploitation of minors, which is based on 119 rulings on the termination of investigation and criminal prosecution into cases of sexual violence and sexual exploitation of children in 2018-2019, full materials of 52 criminal cases, information requested from all the relevant state agencies and analysis of interviews with the relevant professionals.

The special report reviews challenges identified both in practice and in terms of the legal regulation of sexual abuse and sexual exploitation of children, including detection of crime, administration of justice, and provision of rehabilitation and support measures to juveniles and their families.

According to Nino Lomjaria, "the results of the study show that despite the steps taken by the State, including the development of the Juvenile Justice Code, Georgian legislation needs to be improved and harmonized with international standards in the field of sexual abuse and sexual exploitation of children. It is also problematic to provide child-centered environment and services oriented to the rehabilitation and support of victims at all stages of the administration of justice."

"UNICEF continues to work actively with the Public Defender to monitor children's rights," said Ghassan Khalil, UNICEF Representative in Georgia. "This year's special report concerns sexual violence against children, which is related to gross violations of children's rights. The State should do its best to prevent such violence and if it happens anyway, the child should be in the center of attention, the process should be led by highly qualified professionals and everything should be directed at preventing revictimization of the child in the justice process and ensuring his or her rehabilitation.

The report revealed the following trends: