Conference of Annual Reports of National Preventive Mechanisms of Georgia, Azerbaijan and Armenia

On June 26, 2018, the Public Defender of Georgia and the Penal Reform International held a regional conference in connection with the International Day in Support of Victims of Torture, where the National Preventive Mechanisms of Georgia, Azerbaijan and Armenia presented annual reports.

The reports describe the situation of torture and ill-treatment in the threes countries’ facilities of restriction and deprivation of liberty.

In her welcome speech, Nino Lomjaria, the Public Defender of Georgia, expressed sympathy and support to all people who have been victims of torture and are still waiting for justice. She also noted that adequate punishment of offenders and provision of medical, psycho-social rehabilitation services and adequate compensation for victims of torture are especially important for prohibiting and preventing torture.

"I was moved by the situation in the Surami Psychiatric Hospital. The hospital, which should provide therapeutic environment, cannot ensure even minimal living conditions. It is difficult to find words to describe the extremely difficult situation of forgotten, degraded and poor patients. It should be emphasized that placement of a person in inhuman and degrading conditions is inadmissible and cannot be justified by the lack of resources. I think that if the importance of respect for human dignity is well-realized, it will be possible to improve the situation even with poor resources. The decision on closure of penitentiary establishment No 7, which has been assessed by the Public Defender as incompatible with human dignity, is promising. I hope that in the nearest future, patients of the Surami Psychiatric Hospital will also be provided with conditions compliant with human dignity," said Nino Lomjaria.

The role of National Preventive Mechanisms, envisaged by the Optional Protocol to the Convention against Torture and Other Cruel, Inhuman or Degrading Treatment or Punishment, in the implementation of prevention of torture was discussed at the conference. At the end of the conference, discussion was held about the challenges facing the region.

The event was held with the financial support of the Ministry of Foreign Affairs of the Netherlands. 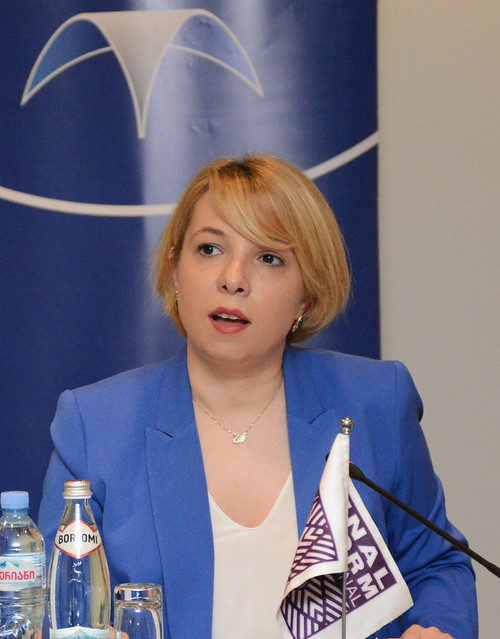