On 19 November 2015 Public Defender Ucha Nanuashvili presented a special report of the National Preventive Mechanism (NPM) on the requests/complaints procedures in the penitentiary system.

Prisoners’ confidence in the abovementioned procedures was surveyed for the first time in Georgia. Within the framework of the survey, which included both sociological and legal components, the Special Preventive Group interviewed prisoners by using a pre-designed questionnaire in 14 penitentiary institutions, after which the group analyzed the regulatory normative base of internal monitoring and procedures of consideration of requests/complaints, as well as the response practice of the Ministry of Corrections and Legal Assistance, in the context of international standards.

Quick and impartial responses to the applications by the authorities and efficient functioning of the internal monitoring system are essential component of the fight against torture. Effective mechanism of monitoring and consideration of requests/complaints in penitentiary facilities ensures respect for the rights of prisoners and represents fundamental safeguard against ill-treatment. Absence of such a mechanism negatively impacts on security and order in penal institutions. Prisoners often resort to the most extreme form of protest – hunger strike - due to improper response to their complaints.

The aim of the National Preventive Mechanism was to find out how safe, available, confidential and impartial the requests/complaints procedures were in the first quarter of 2015, as well as whether they were responded timely and if the decision-making was justified.

The survey found that material and technical means of submission of requests/complaints are generally available, though awareness on the procedures is low among prisoners. Significant part of requests/complaints concerns revision of verdicts, pardon, medical service, transfer to other penitentiary facilities and ill-treatment.

According to the survey, the principle of confidentiality is often violated during submission of complaints. At the same time, essential problems exist in terms of ensuring timely and adequate responses to the complaints. In many cases the issues indicated in the complaints are not comprehensively surveyed and the decisions made after consideration of the complaints are not sufficiently substantiated. Efforts of the General Inspection of the Ministry of Corrections are unsatisfactory as well.

The report contains the Public Defender’s specific recommendations with regard to the abovementioned issues.

It should be noted that although proper responses to medical requests/complaints by the Medical Department of the Ministry of Corrections still remains one of the major problems, the Regulatory Division of the Medical Department tries to critically evaluate various aspects of the penitentiary healthcare within the framework of the monitoring of penal institutions and also to prepare relevant recommendations, which is a positive step.

The survey was carried out by the funding from the Open Society Georgia Foundation within the framework of the project “Enhancing Internal Monitoring and Mechanism of Consideration of Requests/Complaints in Penitentiary Facilities”. 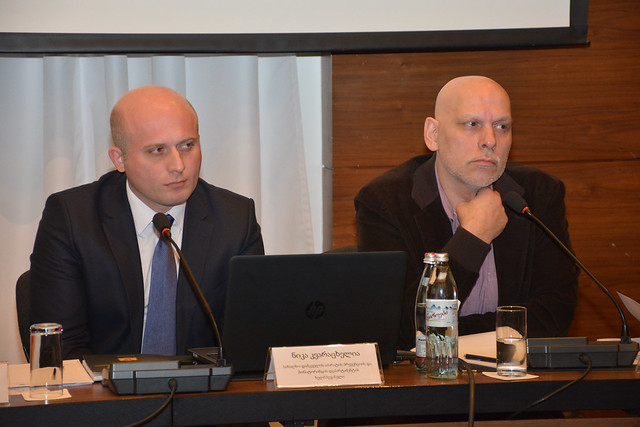