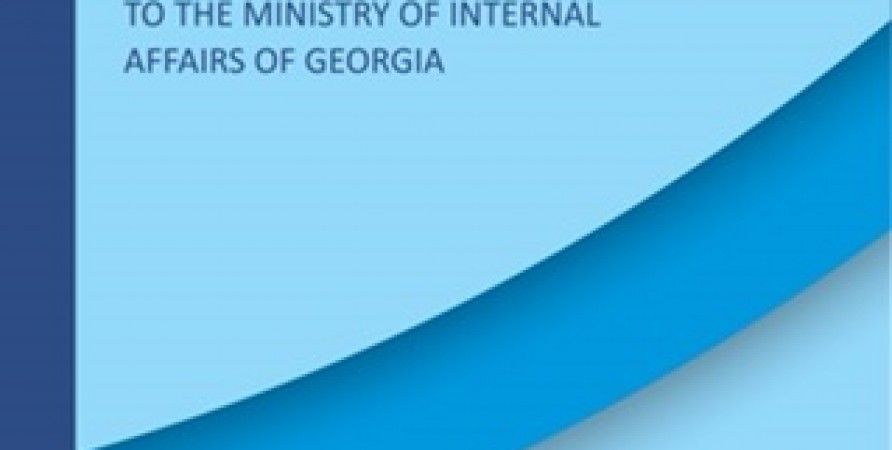 The report says that according to the statistics provided by the Ministry of Internal Affairs, the number of persons placed in a temporary detention center was slightly reduced, while the number of bodily injuries was decreased by 916 in 2015, compared to 2014. The number of complaints against police officers was also reduced (by 30). However, due to the alleged cases of torture and other ill-treatment revealed during the monitoring, the Public Defender and the Special Preventive Group believe that the human rights situation was worsened in the system of the Ministry of Internal Affairs.

In 2015, compared to 2014, the number of Public Defender's proposals sent to the Prosecutor's Office with regard to the investigation of alleged ill-treatment by police officers was increased. High risks of torture and other ill-treatment was also proved by the monitoring carried out by the Special Preventive Group. In most cases, applicants' explanations referred to intentional preparation of police officers for committing physical and psychological violence in order to make detainees plead guilty, which is a sign of crime of torture.

Localization and form of some of the applicants’ injuries were especially worrying; several applicants were taken to civil hospitals due to their injuries.

In several instances, detainees had to spend nights at police stations before being taken to temporary detention centers. Duration of their presence under police control ranges from 5 to 23 hours; In addition, the time of detention indicated in the arrest documents do not match the time named by the applicants in their conversations with the Public Defender’s representatives.

It is a worrying fact that on the basis of the Public Defender’s 11 proposals sent to the Prosecutor’s Office in 2015, investigations were launched into abuse of power, whereas the circumstances indicated in the proposals contained signs of torture and inhuman or degrading treatment.
In some cases, disregard of legal safeguards of the detainees, such as contacting families and lawyers, was problematic.

Police officers have repeatedly mentioned that citizens showed aggression during detention, which, according to the Public Defender, might serve as grounds for the use of excessive force by police officers due to their low qualifications.

The practice of the so-called interviewing of persons without their free consent in a police car, station or department, which, in fact, represents arbitrary arrest without explanation of procedural rights, contains high risks of torture and other ill-treatment.

Absence of video surveillance system in the majority of police stations was again a problem in 2015 and it must be immediately eliminated. In addition, it is important to equip detective-investigators and district inspector-investigators, and not only patrol police department employees, with body cameras and car video registrators. Also, it is necessary the National Preventive Mechanism to have unhindered access to the video surveillance system in the detention centers and police departments. The report reviews the risk factors related to torture and other ill-treatment in detail and provides a number of recommendations for their elimination.