On October 26, 2016, the Public Defender held a public debate on the theme - investigation of hate crimes. The meeting focused on the investigation of alleged crimes committed on grounds of religion, race, sexual orientation or gender identity.

Analysis of the cases studied by the Public Defender’s Office shows that prevention and investigation of alleged hate crimes are one of the serious challenges in the country.

The main recommendation of the Public Defender is that the Prosecutor’s Office must focus on the identification of crime motive during investigating hate crimes, especially in cases where discriminatory motive is obvious. However, in most cases, the Prosecutor’s Office does not launch an investigation into such cases or terminates it due to the absence of crime signs.

The Public Defender is aware of the exclusive competence and discretion of the Prosecutor’s Office in terms of launching an investigation and criminal proceedings, however, he believes that as a result of ignoring hate motives, the importance of hate crimes are underestimated, as even in case of the delivery of a guilty verdict, the offender does not have the real perception of why he/she was punished and therefore, the sentence does not have a preventive effect.

The debate also focused on the need for further training of prosecutors, investigators and judges, as well as judicial practice of reviewing hate crimes.

Speeches were delivered at the event by Tinatin Khachvani, Head of the Human Rights Division of the Prosecutor’s Office, Natia Ghvianishvili, Director of the Women's Initiatives Support Group (WISG), Valeri lomuashvili, Deputy Director of the Interior Ministry's Research and Development Department, and Marina Kvachadze, Head of the Analytical Department of the Supreme Court.

The event was moderated by Ketevan Shubashvili, Head of the Equality Department of the Public Defender’s Office.

Public debates on various important topics are held each month and give representatives of the society, governmental agencies and non-governmental organizations the opportunity to discuss problems of the population. 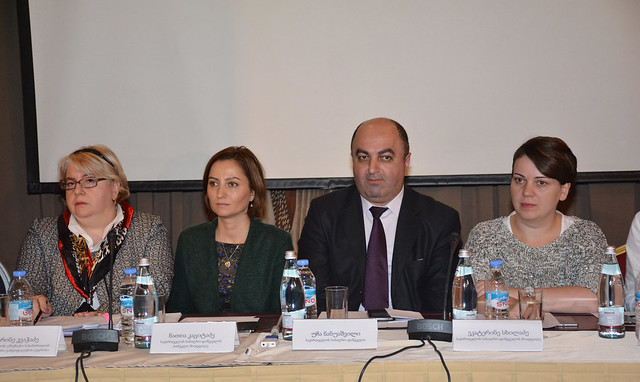