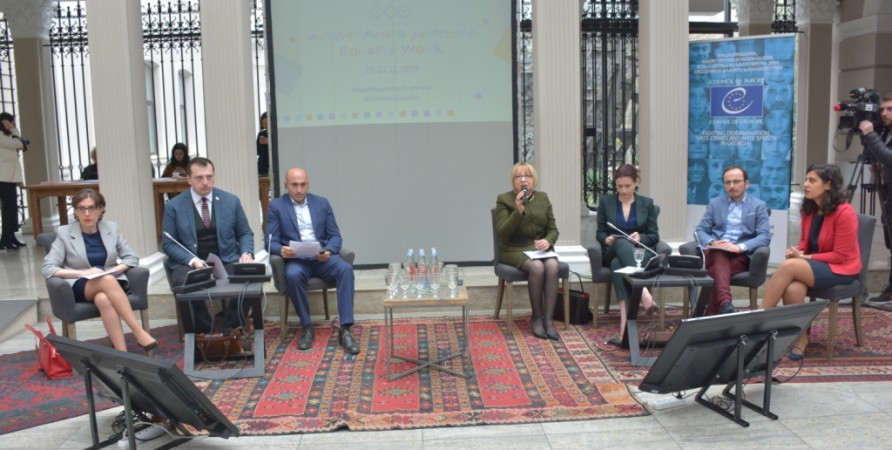 "Proportional electoral system serves to achieve equality in the electoral process", - said Deputy Public Defender Giorgi Burjanadze at the opening of the Equality Week and expressed hope that the issue would be re-initiated in order to ensure the equality of votes, proportional transformation of votes into parliamentary seats and political pluralism in the Parliament.

Giorgi Burjanadze spoke about the mandate of combating discrimination, which, along with a great challenge, gives the Public Defender's Office great opportunities to use its legal and functional capacity to achieve equality. He noted that the Public Defender's Office had studied more than 700 applications in the last five years, held informational meetings and trainings with various groups of society, filed about 20 amicus curiae briefs, prepared numerous recommendations and proposals, as well as correspondence to be sent to the European Court of Human Rights.

“We all have to work hard together to tackle the problems of equality so that we have a better chance of living in a society free of discrimination. This week and similar activities are a good way to raise awareness and increase the sensitivity of all of us towards the idea of ​​equality,” the Deputy Public Defender said. He also thanked the Council of Europe for its great support and wished success to the whole country in the fight against discrimination.

The Equality Week was opened on November 15, 2019, as part of the Council of Europe's "I Choose Equality" campaign being carried out by the "Fighting Discrimination, Hate Crime and Hate Speech in Georgia" project. #IChooseEquality