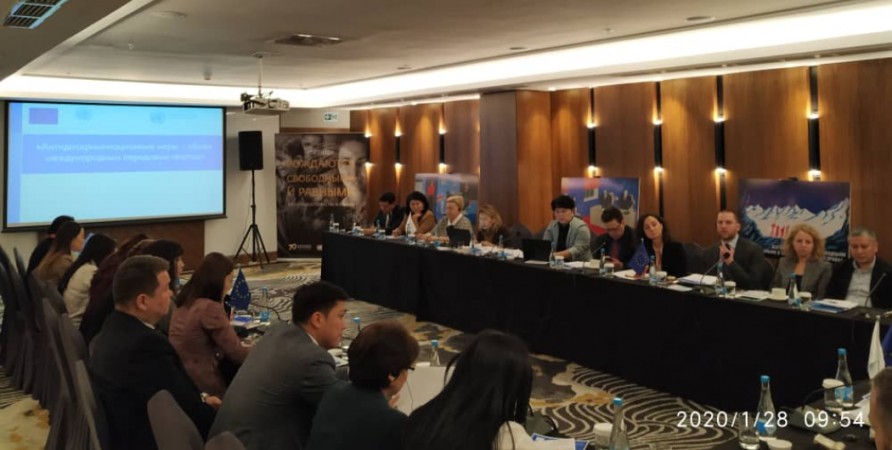 On January 27-28, 2020, Ketevan Shubashvili, Head of the Equality Department of the Public Defender’s Office, participated in the meetings organized by the Central Asia Regional Office of the United Nations High Commissioner for Human Rights (OHCHR) in Bishkek, Kyrgyzstan. The purpose of the visit was to share information with Kyrgyz public servants and NGOs about Georgia's practice in the field of anti-discrimination legislation. The meetings were also attended by experts from the United Kingdom and the United States.

The roundtable with public servants focused on the positive aspects enjoyed by the State and the population of Georgia as a result of the adoption of the anti-discrimination legislation.

The themes of the meeting with local NGOs were the Law of Georgia on Elimination of All Forms of Discrimination and Public Defender’s educational activities and practice in the field of equality. Strategies for advocating legislative amendments were also discussed at the meeting.

The Public Defender of Georgia will continue to internationally share its experience in fight for equality in the future too.