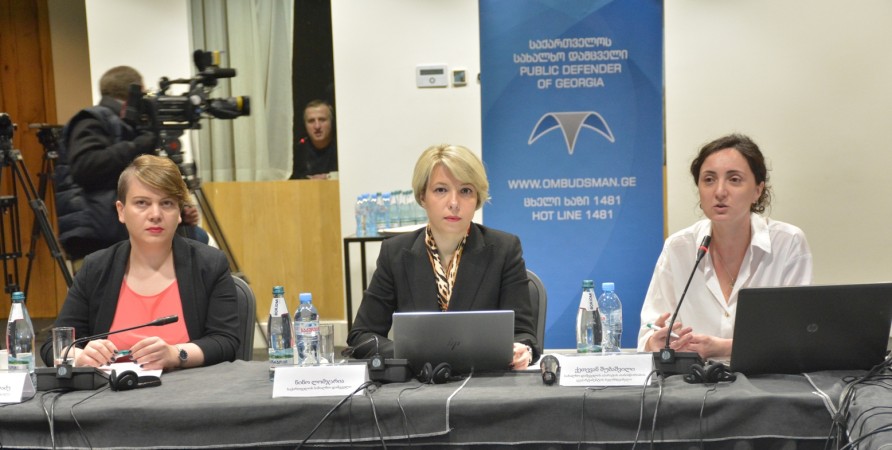 On February 24, 2020, Public Defender Nino Lomjaria presented the 5th special report on the situation of equality in Georgia.

“Unfortunately, despite the provision of legislative safeguards, the situation of realization of the right to equality remains critical in Georgia, which is further promoted by the absence of the State’s unified vision. State agencies do not have any policy regarding the principle of equality relating to the matters within their ​​competences, which is why, instead of systemically combating discriminatory practices, efforts are directed at eliminating individual rights violations,” said Nino Lomjaria.

The report deals with problems relating to the protection of the right to equality of individual vulnerable groups, including women, persons with disabilities, LGBT+ community, religious minorities and older persons, as well as shortcomings in the investigation of alleged hate crimes, cases of promotion of discrimination and the statistical data on the cases being studied by the Public Defender. The document analyses the issue of systemic violation of the rights of members of the LGBT+ community and inadequate response by the State in light of the discussions around the Tbilisi Pride 2019. According to the report, the Public Defender considered 155 new cases of alleged discrimination and launched proceedings in 13 of them on her own initiative in 2019.

The highest number of applications (16%) still concerned sex/gender discrimination, like the previous reporting period. This figure includes the cases of alleged sexual harassment as well.

The number of applications relating to alleged discrimination on the grounds of different or political opinion has not changed significantly compared with the previous period. The percentage of alleged discrimination on the ground of different opinion was 14% and that of political opinion was 7%, while last year, the rates were 12% and 9% respectively.

It should be noted that most of the cases considered by the Public Defender's Office (21%) concerned alleged discrimination on other grounds. This figure was 14% in the previous period.