Special Report on Fight against Discrimination, Its Prevention and Situation of Equality

On October 25, 2016, the Public Defender of Georgia presented a special report on the fight against discrimination, its prevention and the situation of equality to representatives of the diplomatic corps, international organizations, state agencies and NGOs.

In the reporting period - from September 2015 through August 2016, the Public Defender studied 113 cases and developed 12 recommendations, 4 general proposals and 6 amicus curiae briefs. Out of them, proceedings were terminated in 41 cases and 19 cases were declared inadmissible. (It should be noted that in the previous reporting period, the Public Defender considered 107 applications; developed 2 recommendations, 1 general proposal and 2 amicus curiae briefs; proceedings were suspended in 8 cases and 21 cases were declared inadmissible).

Presentation of the project Fight against All Forms of Discrimination in Georgia was also held at today’s meeting. The project will be carried out in the Public Defender's Office in the next 3 years. 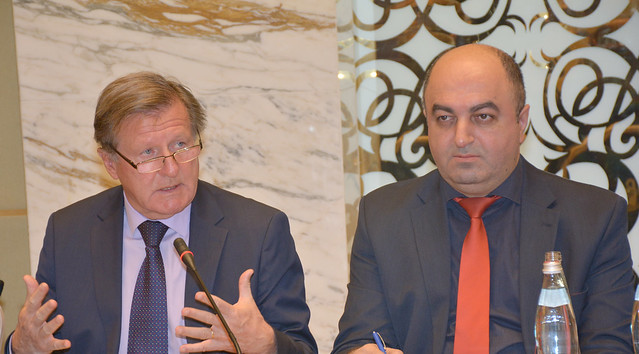