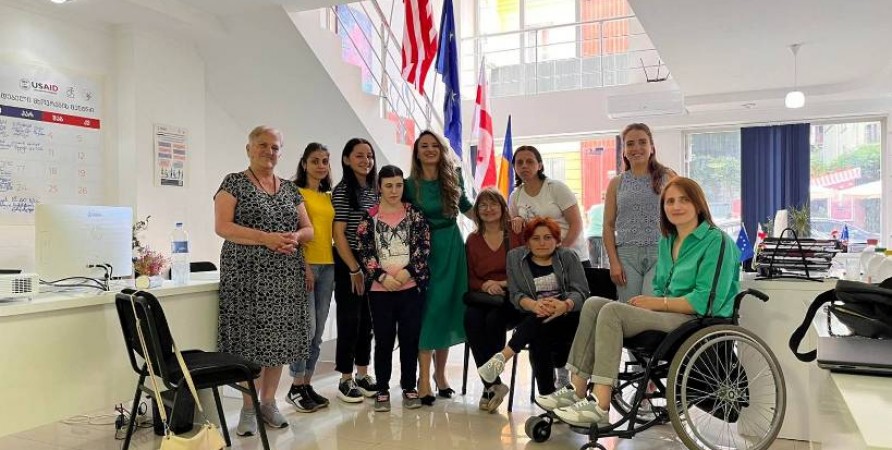 Information Meetings on Violence against Women and Domestic Violence in Kvemo Kartli, Adjara and Imereti Regions

In June 2022, employees of the Gender Department and the Department on the Rights of Persons with Disabilities of the Public Defender’s Office - Gvantsa Kharatishvili, Mariam Gvidiani, Ana Lobzhanidze and Nino Valikova held information meetings with women living in the municipalities of Kvemo Kartli, Adjara and Imereti, including women with disabilities and persons employed in the Ministry of Internal Affairs of Georgia.

The purpose of the meetings was to raise the awareness of women living in the regions about violence against women and domestic violence, as well as sexual and reproductive health and rights.

Access to protection and support services for female victims of violence, including women belonging to various vulnerable groups, as well as the challenges encountered by representatives of the law enforcement agency in identifying, investigating and prosecuting cases of violence against women and domestic violence, were discussed at the meeting with police officers, taking into account the specifics of regions.

The police officers talked about the challenges of cooperation of victims of domestic violence with law enforcement agencies. They also emphasized the importance of economic empowerment of victims of violence and the need for perpetrators to undergo a mandatory course of correction of their violent behavior, along with the investigation of violence against women and domestic violence.

The Gender Department of the Public Defender’s Office will continue to hold information meetings in regions on violence against women and domestic violence.