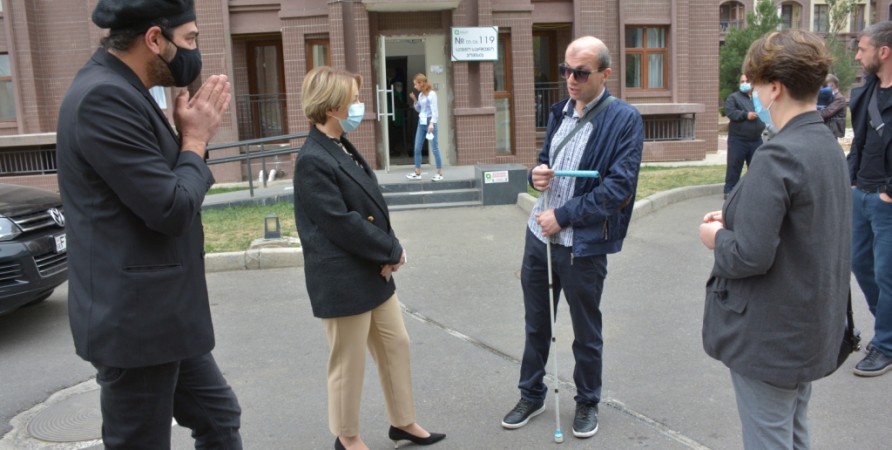 On October 31, 2020, Nino Lomjaria, Public Defender of Georgia, visited the polling station No 05.06.119 of election district No 5 and received information about the exercise of the right to vote by persons with visual impairments on the ground. The Public Defender talked to Dato Kviriliani about the use of a framework ballot paper for the blind and then accompanied him to the polling station.

It should be noted that initially the problem was to provide the blind with a framework ballot paper that would allow them to fill in the paper independently. Later, the Central Election Commission, with the involvement of a permanent group working on issues of persons with disabilities, held negotaitions with publishing houses. As a result, the issue was resolved and it became possible to create an updated framework/form.

On-site observations made it clear that members of the commission are not informed of the main issues of the use of the special forms. Voting independently by the blind would have been impossible without their special knowledge and experience. The Public Defender considers it important to provide in-depth training for the members of the commission for effective participation of persons with disabilities in the elections.