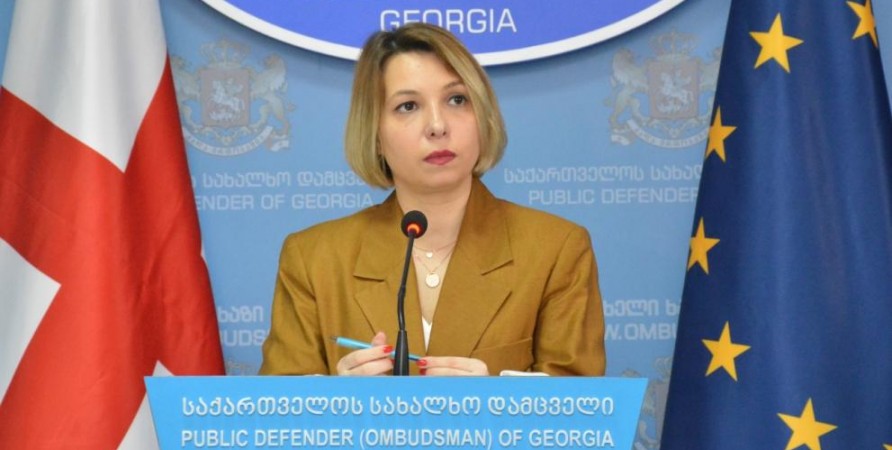 On 30 March 2019, the Public Defender of Georgia submitted a report on the situation of human rights and freedoms in Georgia to the Parliament.

On April 2, the Public Defender presented the annual report to the public.

The 448-page report, made up of 32 chapters, mainly covers the year of 2018, but it also analyzes the problems that emerged in the earlier period and continued during the reporting period as well.

In the context of the right to life, the report refers to the investigation of the proportionality of the force used against Temirlan Machalikashvili, the effectiveness of the investigation into the murder that took place on Khorava Street and the important shortcomings in the investigation of the murder of the first President of Georgia, Zviad Gamsakhurdia. In addition, the Public Defender considers that disproportionate penalty was imposed on the employees of the penitentiary service charged in connection with the case of killed prisoner Levan Kortava.

The study of criminal cases, aimed at effectively combating ill-treatment, showed problems relating to incorrect categorization of cases, involvement of victims, timely, thorough and objective investigation. The Public Defender sent 7 proposals relating to ill-treatment, but it is still impossible to identify alleged perpetrators.

The Public Defender, as the National Preventive Mechanism, pays particular attention to the penitentiary institutions, bodies of the Ministry of Internal Affairs and psychiatric institutions. The report indicates both challenges and progress in all the three directions.

The report discusses the practice of lengthy placement in the de-escalation rooms, incompliance of medical examination with the Istanbul Protocol, lack of justification of applied security measures, lack of rehabilitation measures, difficulties relating to psychological assistance and social service, problems relating to physical environment in various institutions, gaps in the penitentiary health care system and the rights situation of the personnel. The planned division of large penitentiary establishments into smaller facilities and the steps taken in this direction are welcome.

The Ministry of Internal Affairs had been quite actively cooperating with the National Preventive Mechanism in 2018. On the basis of a special methodology, the preventive group evaluated statistical data and analyzed a lot of documents.

To prevent ill-treatment, it is necessary that all rooms, where detainees are placed, be equipped with cameras. In addition, in order to better provide procedural safeguards, the Public Defender recommended the Ministry to initiate several additional measures in a pilot mode (placement of a detainee in a temporary isolator and video recording of interrogations).

The repairs of the Surami Mental Health Clinic should be praised. However, significant fundamental reforms should be carried out in the mental health care sector.

The chapter on freedom and security refers to the illegal detention and gaps in the application of body cameras during special operations. The chapter mentions specific cases, when certain individuals were not allowed to cross the state border of Georgia despite the lack of legal grounds, as well as the investigation of Ivane Merabishvili’s removal from the cell and the decision of the Committee of Ministers of the Council of Europe concerning the case.

With regard to the right to a fair trial, the report underlines institutional problems in the system. The report also focuses on the process of selection of the Supreme Court judges. The document indicates the cases of violation of the principle of consideration of a case in a reasonable timeframe, violation of the presumption of innocence, violation of human rights during legal proceedings and defects in the Code of Administrative Offences.

The Public Defender's practice in the direction of protection of the right to equality shows that in many cases, discrimination is caused by stereotypes and misconceptions relating to vulnerable groups, although the measures taken by the state in this direction are not enough.

The rights situation of LGBT+ persons has not changed substantially. The influence of anti-gender groups and homophobia are still strong in the society, due to which, these persons still suffer from oppression, discrimination and violence.

In terms of the realization of freedom of expression, a healthy media environment has remained a challenge in 2018. It is concerning that the state has not yet investigated the case of disappearance of Azerbaijani journalist Afgan Mukhtarli.

Illegal restrictions on the placement of temporary constructions during demonstrations and ineffective control of counter-demonstrations by law enforcement officers were the main problems in terms of the realization of freedom of assembly.

The problems relating to the realization of freedom of association, caused by the state institutions’ attempts to discredit the NGOs’ activities, are discussed as a separate issue in the annual report.

With regard to ecology, the main problems were air pollution, the damage inflicted to the environment by ineffective legislative regulations and violation of norms over the years; defective regulations relating to the construction sector remain unchanged, which poses a threat to citizens' right to live in a healthy and safe environment. The safety of natural gas consumption was mentioned in the Public Defender’s report for the first time; importance of relevant regulations and supervision is emphasized in this regard.

Ineffective legislative regulation in the field of safety at work claimed the lives of 59 people, while 199 people sustained injuries, which significantly exceeds the data of the previous year.

Another novelty in the report is the situation of labour rights in emergency institutions, namely the lack of limits on daily working hours or overtime work in the Emergency Medical Center, Emergency Situations Management Service, Patrol Police Department and LEPL 112 Service.

With regard to the protection of human rights in defense, the working conditions of Diplomatic Mission ProtectionService of the Police Department of the Ministry of Internal Affairs were inspected and improper working environment was detected for the first time this year.

The report also focuses on the investigations of deaths in military units and the practice of arbitrary punishments. The Public Defender underlines the necessity of improving the rights situation of veterans and recommends increased tax benefits.

The report also refers to the ineffective protection of patients' rights and the lack of access to quality services, as well as the absence of a state programme on oncological diseases.

Despite the positive steps taken in the direction of social protection policy, it is still a challenge to eliminate methodological shortcomings in the appointment of allowances. The local self-governments’ activities in the direction of provision of shelter and food for homeless people are inconsequential.

It is still problematic for the state to take relevant steps and to create effective legislative safeguards in order to protect cultural heritage monuments.

The report evaluates the realization of voting rights, the sharply negative campaign during the presidential elections, various violent incidents during the pre-election period and the use of hate speech.

The measures taken by the state in the direction of protection of IDPs’ rights are not enough and many IDPs still live in the damaged buildings, which poses a threat to their life.

Inadequate policy in the direction of protection of child’s rights led to a crisis situation in the state system of child care. The state does not allocate sufficient resources to maintain and enhance systemic changes in this direction. The state does not have a proper vision about how to assist the families in crisis.

Despite the numerous recommendations of the Public Defender, no concept has been developed for the rehabilitation of juvenile victims of sexual violence. The school dropout rate is high; children living and working on the street, children married at early age and children involved in labour represent particularly vulnerable groups. The care for children in the boarding schools of religious organizations remains a problem.

With regard to the rights of persons with disabilities, the main problems are the lack of access to environment, information and services, quality of inclusive education, low rate of employment, protection of the rights of people with mental health problems, lack and inefficiency of habilitation and rehabilitation programmes.

Systemic problems relating to the rights situation of older persons are: age discrimination, violence, including domestic violence, danger of poverty and homelessness, absence of a comprehensive long-term strategy, ineffective social services, insufficient targeted programmes, lack of measures taken for their welfare at the local level, etc.

In relation to the protection and civic integration of national minorities, important issues are: education, teaching of the state language, protection of cultural heritage, involvement in the decision-making process and many other important issues.

The practice of the Public Defender's Office makes it clear that intolerance on ethnic and racial grounds is still a serious problem in the country. In this respect, the murder of Vitaly Safarov on xenophobic grounds was particularly concerning.

With regard to the freedom of religion, recovery of historical property, violations in the field of education, unequal environment, ineffective and untimely response to the crimes committed on grounds of religious intolerance, have remained probelmatic for years.

The rights situation of IDPs and the legal status of foreigners have been studied and analyzed as well.

The Public Defender's parliamentary report includes a chapter on human rights education for the first time. The state policy and relevant strategic documents are analyzed in this regard; the legislation is analyzed in the context of preschool and general education.

Finally, the Public Defender hopes that implementation of the recommendations reflected in the report will be a priority for all relevant agencies, which will improve the situation of human rights and freedoms in Georgia.

It should be noted that in 2018, the Public Defender's Office received 8 480 applications, 6 640 of which were admitted and relevantly responded. The hotline of the Office received 6 063 calls. 107 recommendations and proposals were prepared in response to individual applications. The Public Defender filed amicus curiae briefs 11 times. 2 constitutional suits were sent to the Constitutional Court of Georgia. 11 special reports were prepared.

See the full electronic version of the report