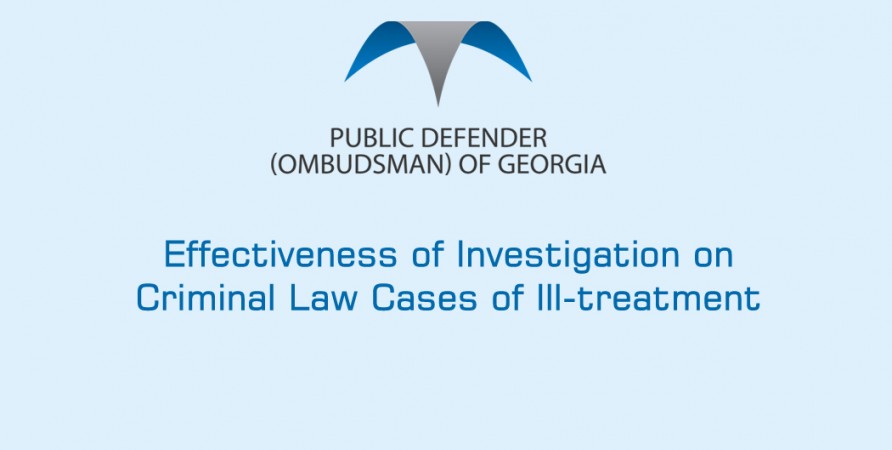 Effectiveness of investigation into criminal cases of ill-treatment

The present report provides analysis of 38 criminal cases. Investigation into all these cases ended without specific results, nobody has been charged, investigation was terminated so that none of the alleged victims had been recognized as a victim.

Institutional independenceof investigationwas a serious problem in many cases.Despite the obligation of the launch and conduct of an investigation by the Prosecutor's Office, this requirement has not been fulfilled in many cases. The agencies, employees of which were suspected of ill-treatment, were actively involved in the investigation.

In spite of the requirement of the law to launch an investigation as soon as information is received about the crime,itwasnot immediately launched in 26 cases.In some cases, the investigation was launched unreasonably late (several months later in many cases), which naturally could serve as a substantial hindrance in the process of obtaining evidence.

In most of the studied cases, the investigation was not oriented to obtaining neutral evidence; identification procedure or examination of the crime scene was not carried in any of the cases. Relevant video recordings were hardly ever obtained; no secret investigative activity was conducted in any of the studied cases; no special protection measures were taken in relation to victims. No security measures were taken in any of 12 cases and the alleged victim of ill-treatment (prisoner) was left under the control of the prison administration (alleged perpetrator). None of the public servants, who allegedly committed an offence, was dismissed; investigative actions were conducted only in one case, after it had been requested by the victim.