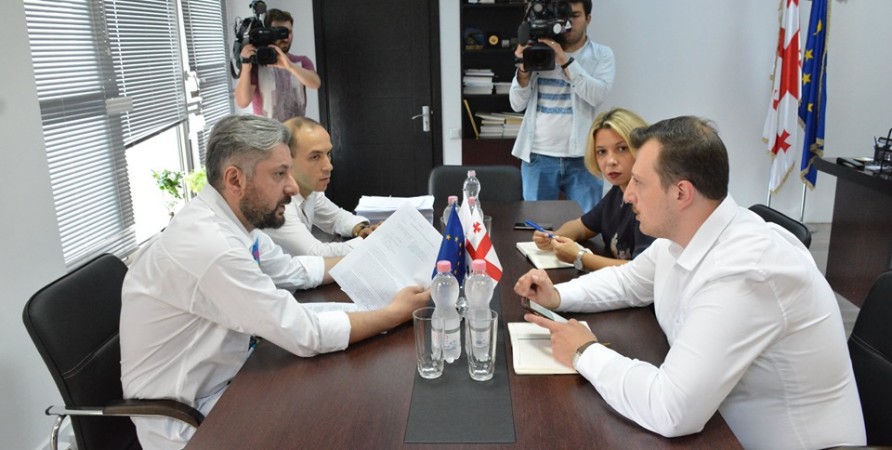 On 14 August 2019, Nino Lomjaria, Public Defender of Georgia, met with Nika Gvaramia, former Director General of Rustavi 2 Broadcasting Company, and his lawyer Dito Sadzaglishvili and listened to their position regarding the charges filed by the Prosecutor’s Office against Gvaramia.

The Public Defender will be involved in the process within the mandate of the institution.

“Given that Gvaramia was the head of a critical media outlet and was personally critisizing the government, it is natural that the prosecution against him is a matter of interest to the Public Defender. Well-grounded argument is important to prove that this particular dispute is subject to punishable criminal justice and the Prosecutor’s Office should provide more evidence for this; it must prove the guilty intent of the defendant, which at this stage, in my opinion, is not obvious enough. I plan to address the court as amicus curiae and I am also ready to meet with representatives of the Prosecutor's Office to hear their views,” the Public Defender said after the meeting.

The Public Defender considers that due to the high public interest, the Prosecutor's Office is obliged to intensively inform the public of the progress of the case, but it should also refrain from making statements aimed discrediting the defendant.

In addition, the Public Defender considers that the court’s motive for ordering a bail for Gvaramia, namely the danger of him exerting pressure on witnesses, is not adequate.