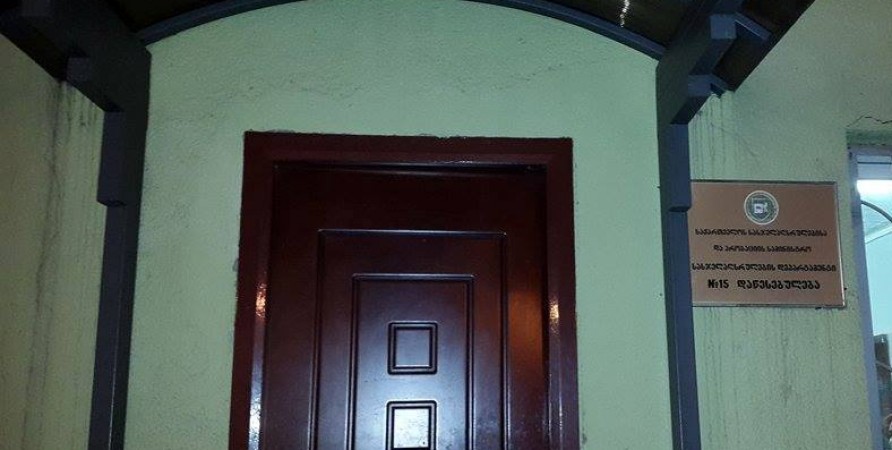 The purpose of the visit to Penitentiary Establishment No 15 was to check both the general situation and the exercise of the right to vote by prisoners. Unfortunately, with the active intervention and initiative of individual prisoners, it was not possible to check the rights situation of prisoners or to protect the rights of all prisoners who do not belong to the so-called privileged prisoners.

The Public Defender of Georgia has been referring to the problem of criminal subculture in Georgian penitentiaries for years, which has often become the reason for the oppression of prisoners and the restriction of their rights. One of the particularly negative results of the criminal subculture in penitentiary establishments is that a certain small number of influential prisoners - the so-called "watchers" - provide imaginary order in the establishments by intimidating other prisoners and exerting psychological pressure on them.

We would like to inform you that at the beginning of the visit, the representatives of the Public Defender's Office were able to move freely on the territory of the facility. However, after they tried to talk to the convicts participating in the elections in a polling station arranged outside the convicts' residential building, they were approached by two convicts, who said in a loud tone, so that other convicts could hear it, that everything had been all right in the penitentiary system since 2012 and that there was nothing to check. Accordingly, they categorically demanded the termination of the visit. They were soon joined by several convicts and their tense conversation turned into verbal abuse. Although the verbal abuse against members of the group lasted several minutes, the administration did not call on the convicts to stop.

According to the Public Defender, the incident that took place in Penitentiary Establishment No 15 on 31 October 2020 is particularly worrying, as the constitutional body was prevented from exercising its basic powers, as well as the power granted by the UN special mandate.

The Public Defender calls on the state authorities to investigate the incident. In addition, effective steps should be taken as soon as possible to implement the recommendations of the European Committee for the Prevention of Torture and the Public Defender in order to reduce the impact of the criminal subculture in the penitentiary establishments, which poses a serious threat of violation of prisoners’ rights.