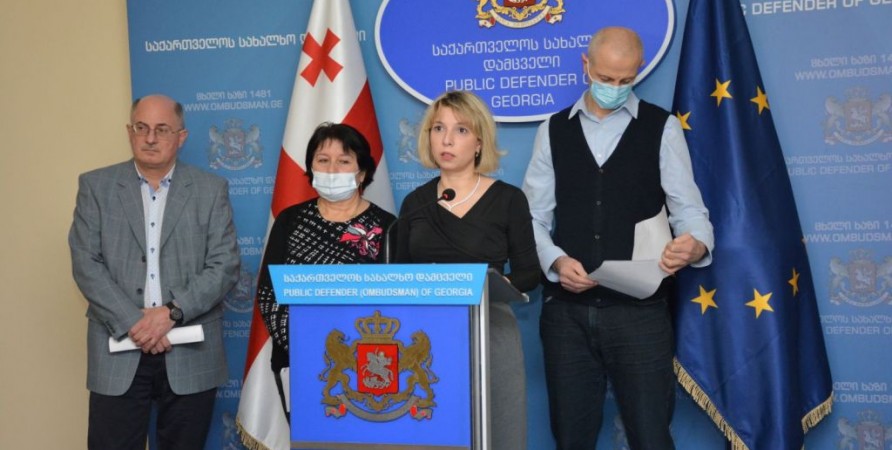 Report No. 4 by Group of Specialists/Experts Set up by Public Defender for Monitoring Mikheil Saakashvili’s Medical Condition

On December 12, 2021, the group of experts/specialists set up by the Public Defender paid a fourth visit to patient (accused/convicted) Mikheil Saakashvili. The patient has been placed in the Giorgi Abramishvili Military Hospital of the Ministry of Defense since November 19, 2021.

The willingness of the medical staff for full cooperation needs to be emphasized.

After the visit, the group of experts held a remote discussion, in which expert Mamuka Machaidze also took part.

I. General evaluation of the patient's condition

The condition of the patient needs to be paid attention.

The following are the main problems at this stage:

From the somatic point of view, the patient's condition is more or less satisfactory in the light of the course of treatment. However, the group of experts will provide additional recommendations, which will be discussed in detail in the appendix.

It is noteworthy that the recommendation to conduct psychotherapy was made by the group of experts on November 25, which has not been implemented so far. The group of experts has some remarks in relation to the pharmacological treatment in this direction, which will also be presented in the appendix.

Physical rehabilitation is insufficient. The group of experts believes that this part of treatment may be facilitated by the timely launch of psychotherapy.

For the treatment and full rehabilitation of the patient, the group of experts considers the following to be necessary:

Members of the group of specialists/experts: