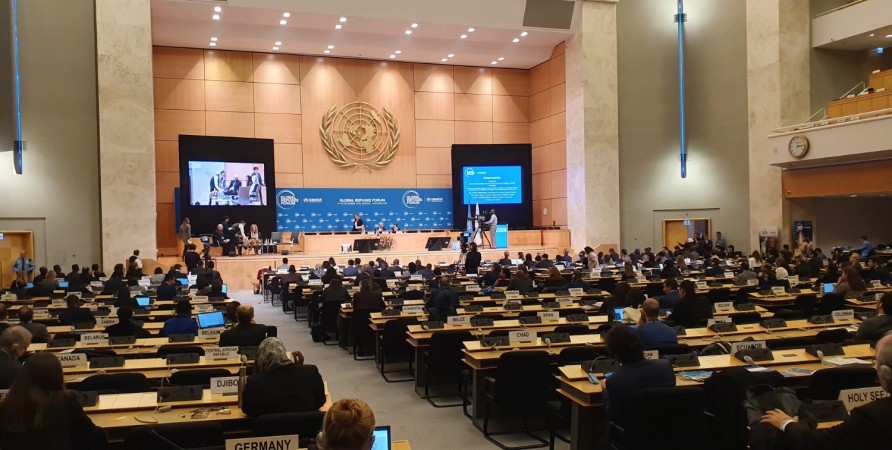 On 17-18 December 2019, First Deputy Public Defender Tamar Gvaramadze and Public Defender’s Attorneys Tamta Papuashvili and Beka Javakhadze participated in the first Global Refugee Forum in Geneva within the framework of the Georgian delegation.

The event was focused on education, implementation of integration programmes, employment and livelihoods, as well as the opportunities for protecting the rights. The states and other non-state actors made their voluntary commitments.

The Public Defender's Office of Georgia undertook a voluntary commitment for the first time in several areas, namely: 1. To continue to assess the rights situation of asylum seekers and internationally protected persons - in the Public Defender's annual report on the Situation of Human Rights and Freedoms; 2. To monitor the refugee status determination and administrative proceedings of such persons and make appropriate recommendations; 3. To continue to advocate the problems of asylum seekers and internationally protected persons with legislative and executive bodies.

Apart from participating in the Forum, the Deputy Public Defender held bilateral meetings with the Head of the National InstitutionsandRegional Mechanisms Section of the UN Human Rights Council, and representatives of the offices of special rapporteur onhuman rightsand theenvironmentand the special rapporteur on the situation ofhuman rights defenders. The prospect of cooperation between the Public Defender’s Office and the relevant UN mechanisms was discussed at the meetings. Special attention was paid to the issues of freedom of assembly and demonstration, situation of human rights defenders, environmental protection and the rights of conflict-affected people in Georgia.

The Forum was held for the first time, within the framework of the Global Compact on Refugees adopted at the UN General Assembly in December 2018. The event was hosted by the UN High Commissioner for Refugees and the Federal Council of the Swiss Confederation, and was co-organized by Costa Rica, Ethiopia, Germany, Pakistan and Turkey. The opening ceremony was attended by UN Secretary-General António Guterres, Turkish President Recep Tayyip Erdogan and other heads of the co-organizer states.

The Georgian delegation was led by Irakli Zhgenti, Deputy Permanent Representative of Georgia to Geneva.