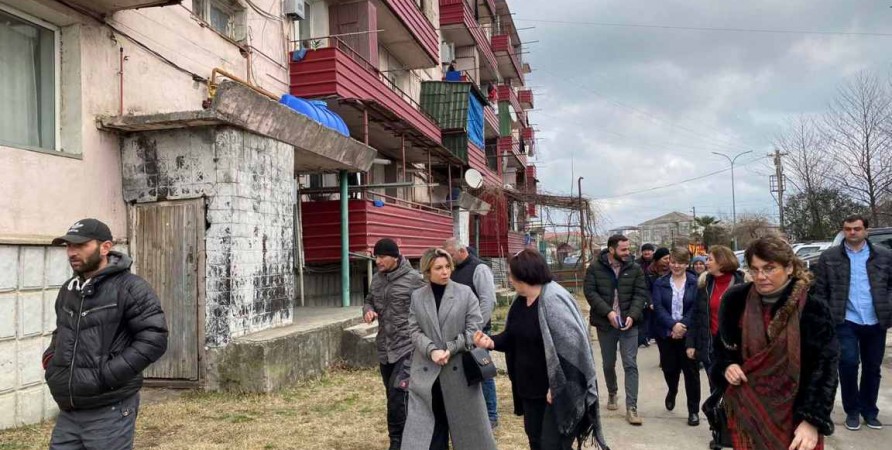 Meeting with IDPs living in Poti

On February 20, 2020, Public Defender Nino Lomjaria met with IDPs residing in the city of Poti and listened to their problems. One of the main topics of discussion were noise and air pollution.

According to the IDPs, black smoke is regularly emitted from the terminals operating near their homes. The population presumes that the terminals are loaded with copper concentrate, which is then transported with open containers through their settlement.

“The situation in the surrounding area is dire. Even today, when active work is suspended, there is heavy smoke around. Residents say their homes are constantly exposed to dust and unbearable noise. I think that the one-time fine applied by the state is not effective. The right of IDPs to live in a healthy environment is being significantly violated here,” the Public Defender said, adding that she would help IDPs to protect their rights as much as possible. She also called on the media to cover the situation of hundreds of people, including children, whose health and lives were at risk daily.

As far as the Public Defender is aware, there is no monitoring station in Poti that would allow to study the air condition. Only indicator measurements are taken periodically, which cannot measure all the major pollutants, including the dust content.