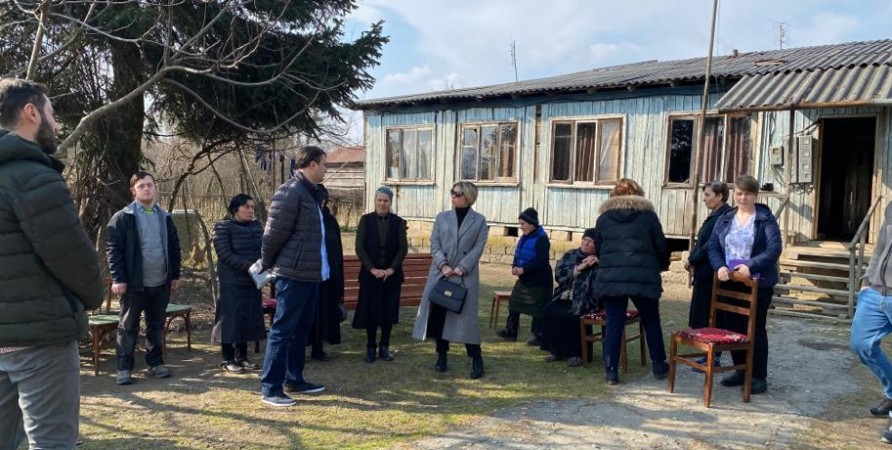 On February 20, 2020, Public Defender Nino Lomjaria visited compact settlements of IDPs in the village of Shamgona along the dividing line, met with locals and received information about their living conditions.

‘The main problem of IDPs residing in Shamgona is resettlement, as they still live in the facilities, in which they were settled by the Government during the war. Unfortunately, these buildings are in danger of collapsing and are not safe to live in. The buildings are not heated and cannot provide decent living conditions,’ the Public Defender said.

The Public Defender's Office studies the situation of IDPs throughout the country and continues to convey their concerns to the authorities. According to the Public Defender, resettlement of IDPs residing in Shamgona should be a priority for the state agencies.

According to the 26 June 2019 report of Levan Samkharauli National Forensics Bureau, the former kindergarten building in the village of Shamgona is in unsatisfactory condition and its exploitation is dangerous.