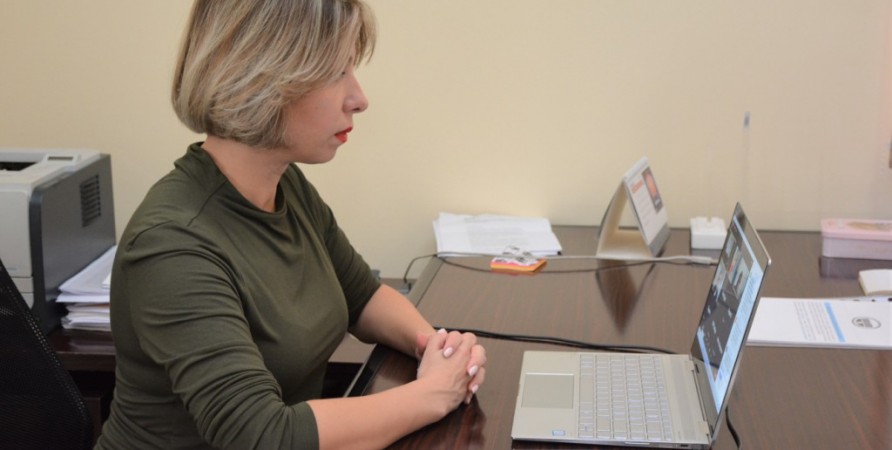 On October 26, 2022, within the framework of the FirstParliamentary Summitof the InternationalCrimeaPlatform, a conference of NHRIs and ombudsman institutions was held under the title - "Fight for Human Rights. Crimea, Ukraine and the World".

The issues discussed at the online event included human rights violations in Crimea and other territories of Ukraine temporarily occupied by Russia, the role of ombudsmen and national human rights institutions during international armed conflicts, reception of refugees and protection of their human rights.

In her speech, Nino Lomjaria briefly reviewed the cases of gravest violations of human rights and humanitarian law by Russia in Georgia in the 90s of the last century and in 2008, and spoke about the killed, injured and hundreds of thousands of forcibly displaced innocent people, as well as the ethnic cleansing that Russia carried out in Georgia.

The Public Defender also spoke about the decisions of the International Criminal Court (ICC) and the European Court of Human Rights and the responsibility of the Russian Federation, as a party exercising effective control, for the continued violations of human rights both in the occupied territories of Georgia and along the occupation line, including the practice of gross violations of the right to life, safety, property, movement, education, etc.

"Considering this terrible experience of human rights abuses, the people of Georgia and I personally can feel the pain suffered by Ukraine after the Russian illegal aggression in 2014 and the large-scale invasion in February 24, 2022. It is important to hold the perpetrators of such grave and inhuman acts, including high political officials and Russia as a state, accountable for the violation of international law. In this regard, I welcome the investigation launched by the ICC Prosecutor into the situation in Ukraine, and I hope that Russia will be held responsible for the crimes it has been committing against humanity," said the Public Defender.

Ombudsmen and heads and representatives of NHRIs from all over the world exchanged their views and experiences, talked about the importance of building societies based on human rights, accommodation of Ukrainian refugees, their rights and challenges facing the national systems of the host countries.

Based on the results of the conference, a declaration was prepared, which is open to be signed by institutions.