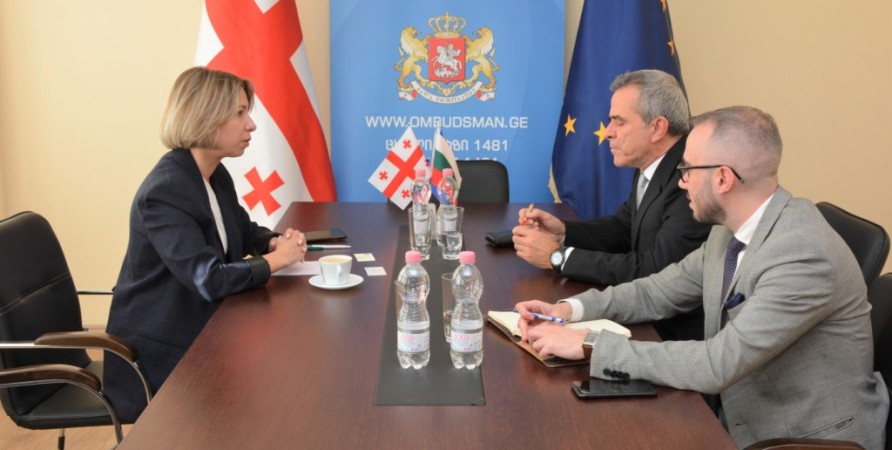 On October 27, 2022, Nino Lomjaria, Public Defender of Georgia, met with Mr. Veselin Valkanov, Ambassador Extraordinary and Plenipotentiary of the Republic of Bulgaria to Georgia.

The Public Defender of Georgia emphasized the support of the Bulgarian Embassy in improving the rights situation of vulnerable groups, persons with disabilities, children, and people living in the mountainous regions of Georgia.

At the introductory meeting, the Ambassador talked about the experience of Bulgaria's accession to the European Union, the Government's efforts in carrying out democratic reforms, the attitudes of the Bulgarian society, procedures and mechanisms. The Public Defender asked the Ambassador for the support of the Bulgarian Government for Georgia's accession to the European Union.

The main challenges relating to human rights protection in Georgia were also discussed at the meeting. Nino Lomjaria introduced the mandate of the Public Defender and the priorities of the Office to the Ambassador. The parties also agreed on further cooperation.