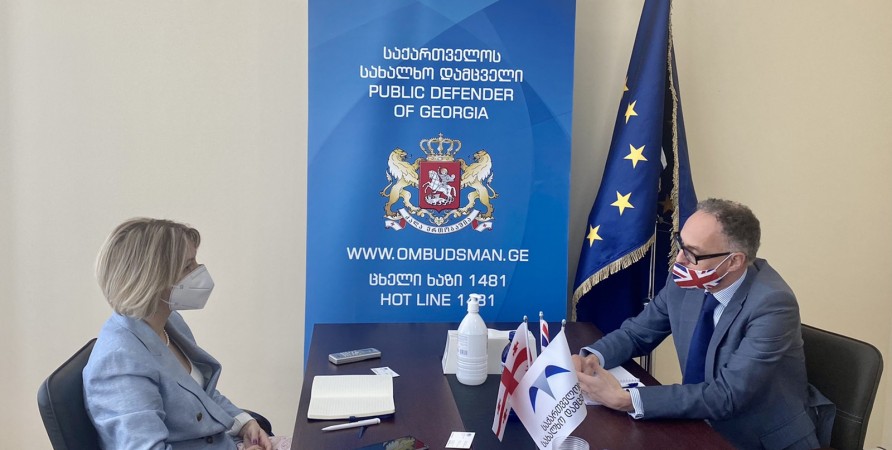 On June 9, 2021, Nino Lomjaria, Public Defender of Georgia, met with Mark Clayton, Ambassador Extraordinary and Plenipotentiary of the United Kingdom to Georgia.

The conversation also touched upon the importance of the continuation of deinstitutionalization of large childcare facilities and the measures to be taken to create proper and decent living conditions for juveniles removed from orphanages.

Another topic of discussion was Public Defender’s cooperation with the Parliament of Georgia and state agencies.

The Ambassador of the United Kingdom showed respect for the activities of the Public Defender and her Office in the field of human rights and expressed a desire to deepen cooperation.