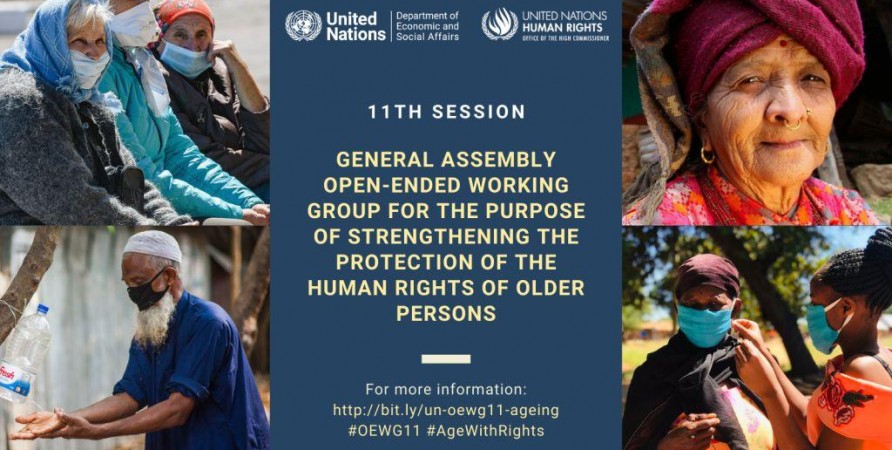 The 11th Session of the UN Open-EndedWorking Group on Aging was held from 29 March to 1 April 2021. Public Defender of Georgia Nino Lomjaria and First Deputy Public Defender Tamar Gvaramadze took part in the session.

It should be noted that within the framework of the 11th Session of the UN Open-Ended Working Group, a joint statement was presented by national human rights institutions and civil society organizations on the need to develop and adopt a new convention on the rights of older people. The statement is signed by 51 organizations. The Public Defender of Georgia supports the process of advocating for the convention, since a new international binding instrument is an important and powerful mechanism for the protection and promotion of the rights of older people.

On March 31, First Deputy Public Defender Tamar Gvaramadze took part in the discussion on the employment rights of older persons. According to her, despite the constitutional framework and other regulations and standards, no effective steps have been taken by the relevant state agencies to promote the development and use of the employment potential of older persons in Georgia.

On April 1, the First Deputy Public Defender presented a statement at the concluding discussion on behalf of the GANHRI Working Group on Ageing, a member of which is the Georgian Public Defender’s Office. The statement stressed, inter alia, that the UN Open-Ended Working Group on Aging should take decisive steps as soon as possible in drafting and adopting a new convention on the rights of older people. In addition, according to Tamar Gvaramadze, the drafting of a new convention requires the creation of a subgroup that will bring together experts from member states, civil society organizations and national human rights institutions, as well as an independent UN expert.