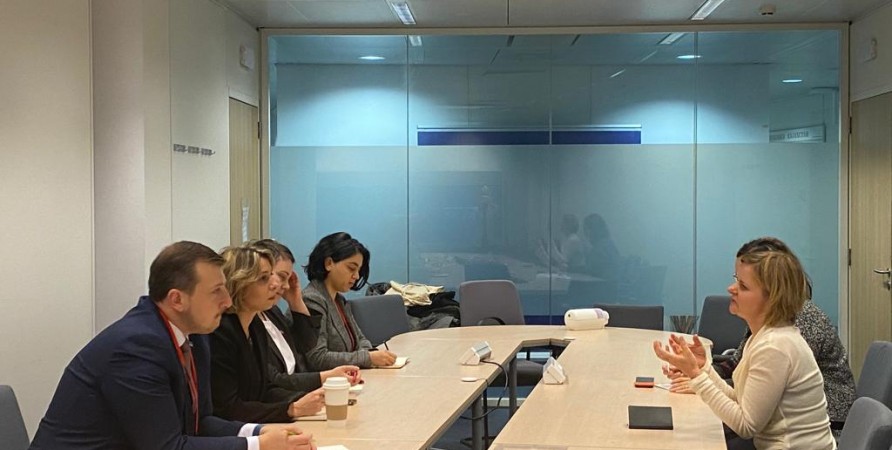 The Public Defender of Georgia participated in the Assembly of the European Network of National Human Rights Institutions (ENNHRI), where the participants discussed the annual report on the situation of human rights, made future plans and talked about the events ongoing in Ukraine. Ekaterine Skhiladze, Deputy Public Defender and Chairperson of ENNHRI WorkingGroupon the Convention onthe RightsofPersonswithDisabilities, spoke about the activities and importance of the organization in terms of the protection of persons with disabilities.

Within the framework of the visit, the Public Defender and the Public Defender's delegation held meetings with Dorota Dlouchy, Head of the EEAS Division of Georgian Desk Team, as well as with Lawrence Meredith, Nicholas Cendrowicz and Michael Rupp at the Directorate-General for Neighbourhood and Enlargement Negotiations.

The main topics of discussion at the meetings were the situation of human rights in Georgia, implementation of the planned and ongoing reforms for obtaining the candidate status for EU membership and the participation of the Public Defender in this process.