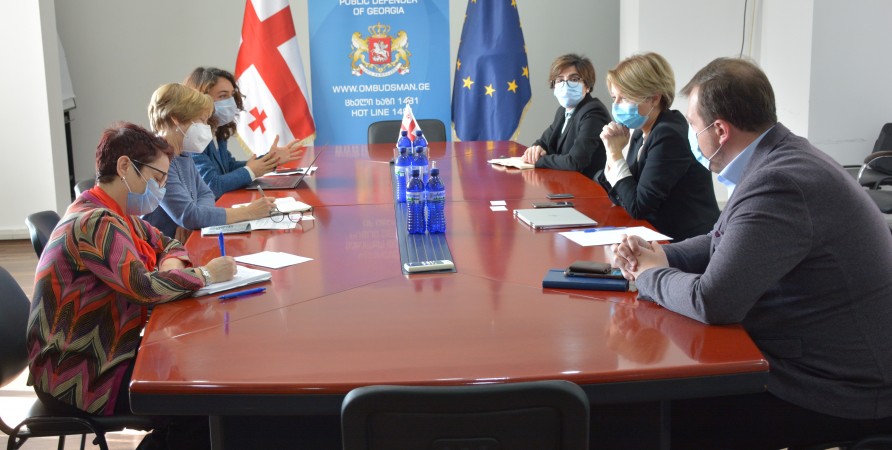 On October 16, 2020, Public Defender Nino Lomjaria met with Jillian Stirk, head of the election observation mission of the OSCE Office for Democratic Institutions and Human Rights.

The Public Defender briefed the head of the mission on the mandate of the institution relating to the election issues, including the right to apply to the Constitutional Court. The guest showed particular interest in the impact of the COVID-19 pandemic on the election processes and the realization of the right of persons with disabilities, national minorities, IDPs and other vulnarable groups to vote; violations detected in the pre-election period and the steps taken by the Public Defender’s Office in response to the violations. The parties also talked about the degree of independence of state institutions – Central Election Commission, Prosecutor’s Office, investigative agencies and the judiciary.