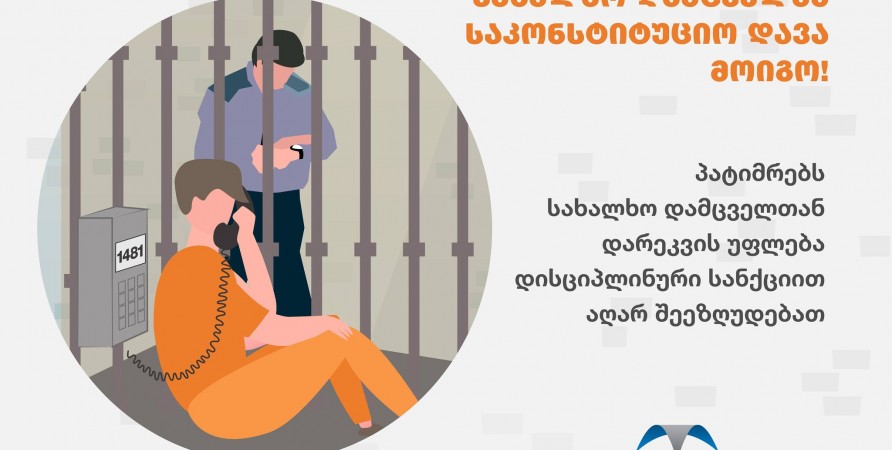 The disputed norm allows the restriction of telephone communication as a disciplinary sanction, which automatically restricts the right to contact the Public Defender via hotline. According to the lawsuit, the possibility of contacting the Public Defender via hotline is one of the most effective and efficient means of detecting violations and its restriction is inadmissible.

The court, while assessing the unconstitutionality of the disputed norm, emphasized that the ban was imposed as a disciplinary sanction, it was of a blanket nature and was valid for a long period of time. According to the court, the rule completely deprived prisoners of the opportunity to communicate with the Public Defender through effective and fast means of communication.

It should be noted that the same constitutional suit challenged various types of restrictions related to the Public Defender's hotline. Within few months after filing the lawsuit, the Minister of Justice of Georgia has lifted various restrictions we had appealed against (the hotline fee, connection limits, etc.). In addition, a few days ago, the Parliament of Georgia initiated amendments to the Imprisonment Code, on the basis of which prisoners will be able to freely contact the Public Defender and other state control agencies via hotline.

We hope that the legal standard established in the decision of the Constitutional Court of 5 July 2021 will be a prerequisite for the effective and efficient protection of the rights of many prisoners in the future.