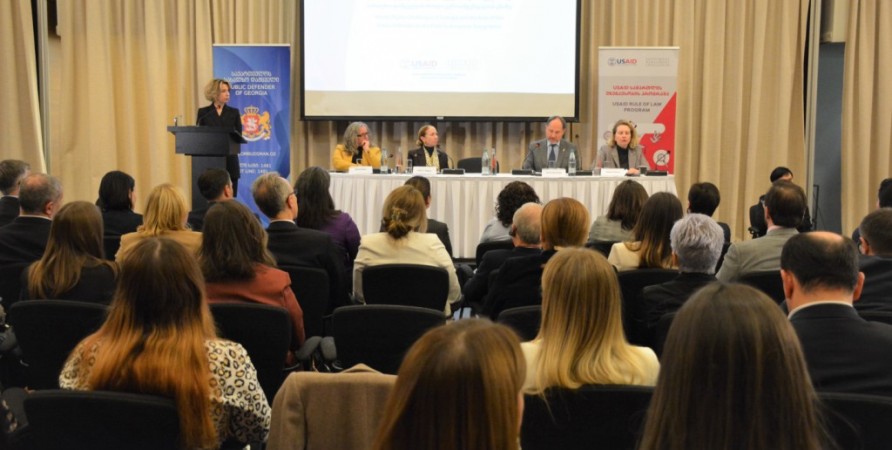 The event was attended by representatives of the executive and legislative branches of government, diplomatic missions accredited in Georgia, as well as civil and international organizations partnering with the Public Defender’s Office.

"The main value that drives this Office is the building of independent, democratic and strong Georgia. Each of our actions is directed towards reducing violations of human rights, providing equal opportunities for everyone and ensuring dignified environment for life. I am proud that the Public Defender of Georgia has honestly fulfilled the role assigned to her on the path of Georgia's European integration.

During this period, the Public Defender’s Office and I, personally, have often become the object of political manipulation, propaganda and attacks, which was caused by our unconditional choice to be the defender of all people in this country, regardless of their political and other affiliations. I very much hope that the future Public Defender will continue this path, because every person in Georgia needs a Public Defender, regardless of his/her current position or rights situation," Public Defender of Georgia Nino Lomjaria said in her opening speech.

United States Ambassador to Georgia Kelly Degnan, Head of the European Union Delegation Pawel Herczynski, UNResidentCoordinatorin Georgia Sabine Machland Head of the Council of Europe Office Natalia Voutova spoke about the constitutional duties of the Public Defender and the Public Defender’s Office and the great importance of their daily activities. They thanked Nino Lomjaria for her dedicated work for 5 years and emphasized the high qualifications of the employees of the Office.

In her report "Human Rights Challenges, Achievements and Future Opportunities on the Path of European Integration", the Public Defender presented a five-year activity report, the results achieved in terms of protection of human rights and future recommendations.

The participants in the event also watched a video in which the Public Defender and the Deputies of the Public Defender talk about human rights directions, main challenges, achievements, public attitude towards the institution and the role and importance of the Office.