The analysis of the factual circumstances of the case shows that the charge against Mustafa EmreÇabukis vague and based on unforeseeable norms. The reports of the international organizations and authoritative NGOs indicate that, as a rule, political activists are persecuted under similar charges in order to deprive them of freedom of speech and expression.

• The risk of violation ofthe right to a fair trial

In case of extradition, there will be a high probability of the violation of the right to a fair trial. As a result of the amendments made to the legislation, defendants are deprived of the right to confidential access to a lawyer and many other important safeguards.

• The risk of torture and ill-treatment

The danger of torture and inhuman treatment is alarmingly high in the prisons of the Republic of Turkey. Despite systematic cases of torture, they are not investigated and victims often disappear.

• The risk of the diplomatic assurances being shared

The Public Defender of Georgia says in the amicus curiae brief that the diplomatic assurances submitted by the Turkish state in the case of Mustafa EmreÇabukshould not be shared, as they do not meet the legal requirements of the international legal acts. It is noteworthy that EU member states unanimously refuse to transfer persons under the similar charges as Mustafa EmreÇabukto the Turkish Republic, while the courts of the same countries do not trust the diplomatic assurances submitted by the Government of Turkey. 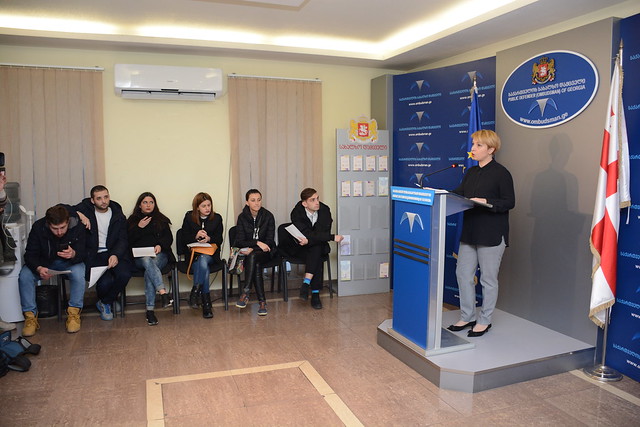