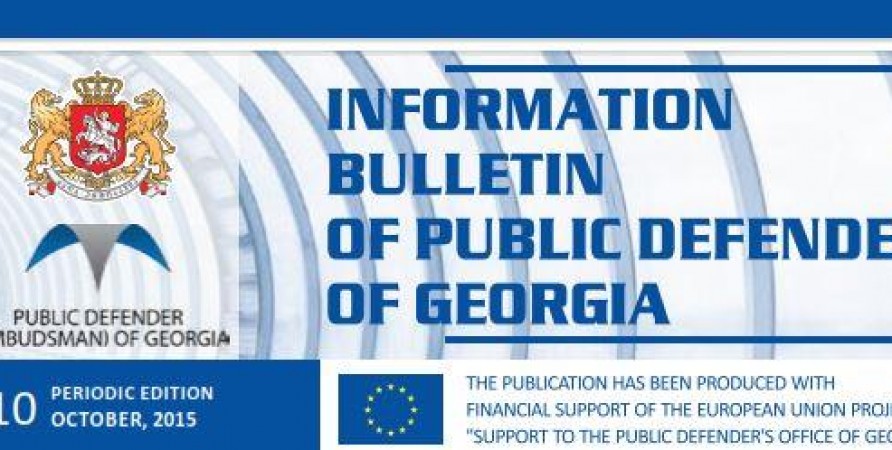 The Public Defender's Office made significant efforts in October in terms of civic education: the Public Defender’s Academy of Human Rights was opened; first training was held for teachers and several trainings were held for the regional media, students and representatives of self-governments within the framework of the Academy; the game "Me - the Ombudsman" was launched, in which hundreds of school students take part every year; a contest was announced for students on the issues of internally displaced persons.

The Public Defender's bulletin gives you the opportunity to get information about many other interesting and problematic issues.