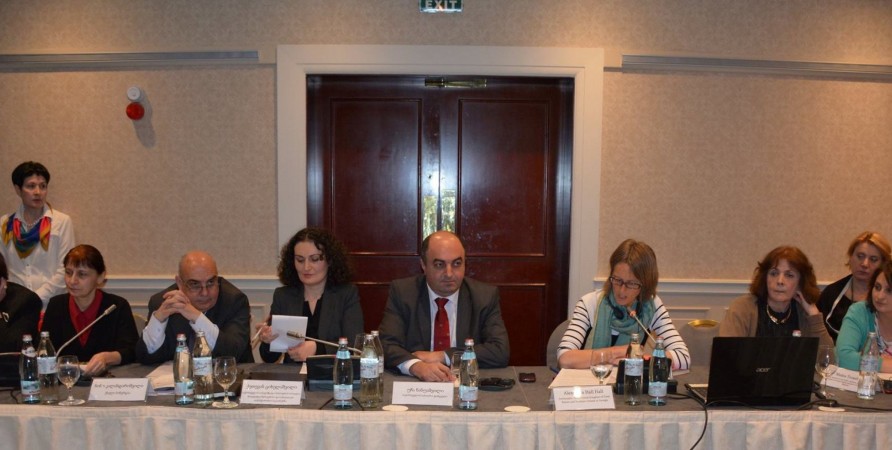 Conflict Resolution Policy: Role and Responsibility of Authorities and Society

On April 23, 2015, the Public Defender of Georgia, the Institute for the Study of Nationalism and Conflict (ICNC) and Sinergy - the IDP Network organized a meeting on the topic – Conflict resolution policy: role and responsibility of the authorities and the society.

At the opening of the event, Public Defender Ucha Nanuashvili spoke about challenges and opportunities of the policy of conflict resolution; lack of common policy in the country aimed at overcoming socio-economic problems, education, access to healthcare, issues of prisoners and restitution. Also, it was noted that such approach and vision represents a great challenge for the state and it is necessary to employ more active efforts in this direction which implies greater involvement of the authorities and the society.

“It is necessary for a common policy to exist in the country in connection with resolution of conflicts. Specifics that are characteristic of conflict regions are not considered in certain cases. Indeed, it is the absence of common approach and common vision that represents a problem. It should not be just one or two ministries that are involved in the above-mentioned processes; there should be a common state policy where all agencies, in the format of their powers, will be able to consider reality that exists in the conflict regions.”

At the meeting, welcoming speeches were made by First Deputy State Minister for Reconciliation and Civic Equality Ketevan Tsikhelashvili and Ambassador of the United Kingdom of Great Britain and Northern Ireland to Georgia Alexandra Hall Hall.

Representatives of Sinergy - the IDP Network presented the study on accessibility of education in the conflict regions which reviewed problems of quality of general education and access to higher education.

The event was held with financial support of the Embassy of United Kingdom of Great Britain and Northern Ireland in Georgia.