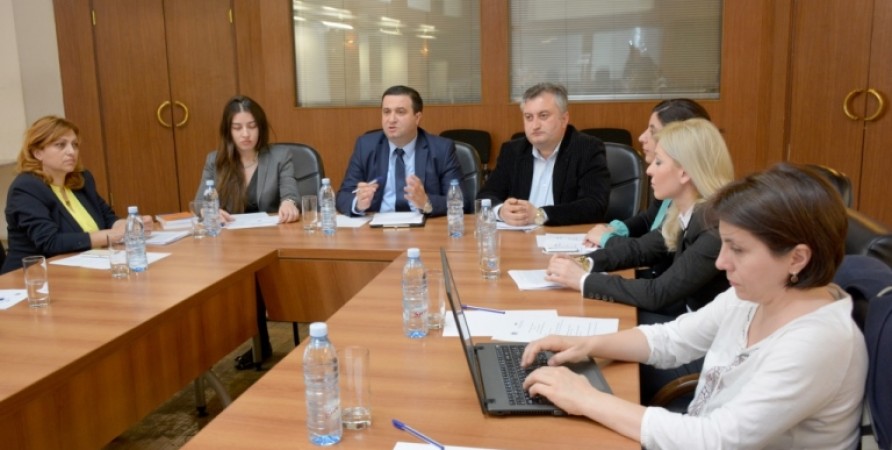 On April 26, 2016, the Public Defender’s Tolerance Center organized a working meeting - "Current situation of Roma people in Georgia" at the National Library.

"It is important to consider European practice and to promote network initiatives, which will increase the Roma community’s access to education, health and social protection systems, employment; these initiatives must be well coordinated and must, above all, increase awareness of the Roma community about their rights",- said First Deputy Public Defender Paata Beltadze at the opening of the event.

Koba Chopliani, Coordinator of the Public Defender’s Council of National Minorities, delivered a report on the protection of the rights of Roma people and the problems of integration. He talked about the wide range of problems of the Roma community and the need for joint efforts of various state agencies and experts to overcome this difficult situation.

Elena Proshikian presented successful and unsuccessful examples of engagement of Roma children in the educational system in various regions of Georgia. She emphasized the activities of the director of public school No 5 of Kobuleti, which managed to enroll 64 Roma children in her school. Elena Proshikian noted that there are cases when children are not admitted to kindergartens due to their nationality.

Rima Gelenava, representative of the NGO - Disarmament and Non-violence - talked about the rights situation of Roma women in Georgia. She overviewed the projects and activities carried out in the field of reproductive health and women's rights in the Roma community.

Izabella Osipova, Executive Secretary of the Public Defender’s Council of National Minorities, introduced Public Defender's recommendations sent to state agencies for the purpose of improving the situation of Roma people in Georgia.

Recommendations concerned: 1. Development/activation of special approaches and subprograms within the framework of the state strategy for civil equality and integration (2015-2020) in order to support and promote civil integration of Roma people; 2. Strengthening of access to school and vocational education, which, at the same time, will be promotion of employment; 3. Provision of information about services and programs of the national health care and social protection, as well as about women's rights and the legal system of protection from domestic violence; promotion/stimulation of assistance to vulnerable Roma groups; 4. Access to social assistance allocated by the local self-government funds; support in registration of Roma people; 5. Preservation and promotion of the Roma ethno culture in Georgia; 6. Enrollment of Roma people in sporting activities; 7. Preparation of social campaigns and TV/Radio programs for elimination of negative stereotypes.

The second part of the meeting was devoted to a discussion, which was attended by representatives of state agencies, the Roma community and the Council of the National Minorities.

Eka Dgebuadze, spokesperson for the Ministry of Education and Science, spoke about the social inclusion program, under which intensive efforts have been underway for the integration of the Roma community and engagement of their children in the educational system for many years.

Amiran Dateshidze, spokesman for the Ministry of Health, Labor and Social Affairs, talked about the joint support program of the Ministry, the European Union and the United Nations Children's Fund. The program is aimed at supporting children living and working on the street. 600 children are engaged in the program and 25% of them are Roma.

Rusudan Chanturia, representative of the United Nations Association of Georgia, stressed the need for coordinated implementation of projects by state agencies.

Miranda Arabidze, representative of the Ministry of Justice, delivered a brief report on passportization and access to identity documents.

The event was organized by the Public Defender, the Public Defender's Council of National Minorities and the project of the UN Association of Georgia (UNAG) – “Promoting Integration, Tolerance and Awareness Program” (PITA) that is funded by the US Agency for International Development (USAID). 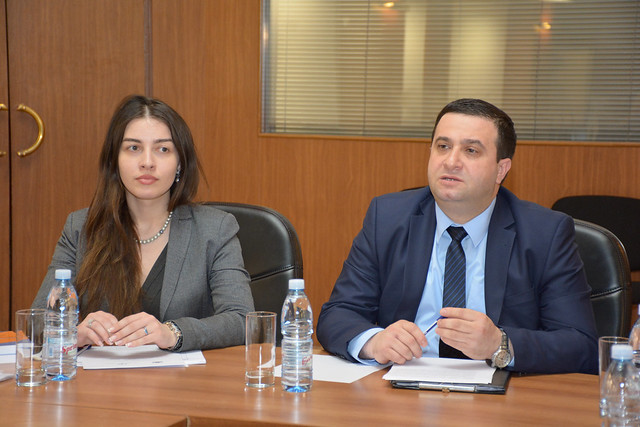