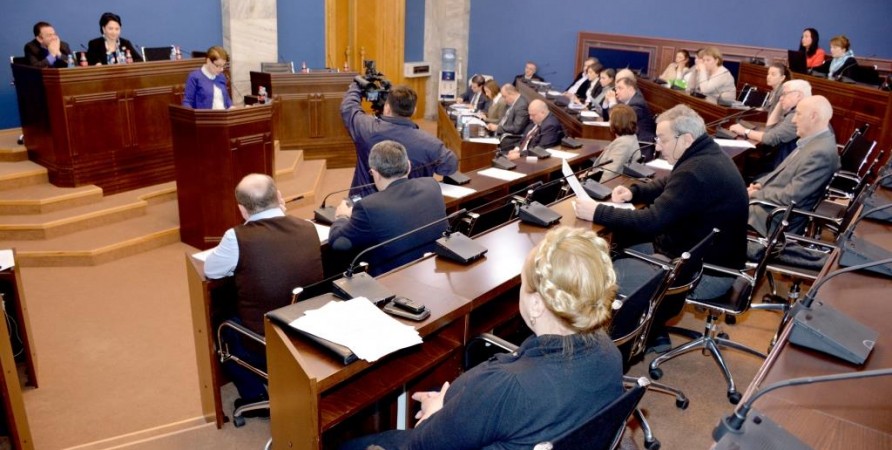 On February 16, at the session of the Human Rights and Civil Integration Committee, Nino Gvenetadze, Chairperson of the Supreme Court of Georgia, presented information about the fulfillment of the Public Defender’s Recommendations.

First recommendation of the Public Defender was as follows – the Council of Justice of Georgia should ensure timely, objective, full-fledged examination of and undertake timely response in relation to applications related to disciplinary transgressions committed by judges.

According to the Chairperson of the Supreme Court, disciplinary proceedings are launched upon receiving a complaint at the High Council of Justice and Council Secretary takes a decision within two months; the decision is reviewed by the session. Sessions of the Council are held regularly, usually, once a week. Although, in response to the question of Public Defender, Nino Gvenetadze admitted that there has not been any single case of bringing disciplinary responsibility of a judge following review, listing workload and constant lack of time as a cause for transgression.

Furthermore, the Parliament of Georgia is reviewing a package of legislative amendments that envisages establishing an independent inspector’s office at the High Council of Justice and decreasing the term for the examination of disciplinary cases. Approval of the mentioned legislative amendments package and its timely implementation will contribute to objective, timely and complete examination of disciplinary cases.

Recommendation – When taking decision about extradition of an individual, perform complete assessment and examination of the state of human rights in a recipient country, as well as of the risk of ill-treatment of an individual and ensure the protection of his/her rights.

Court system recognizes the necessity of trainings of judges and provision of information about common standards and is actively working in this direction. Among those, it is envisaged to appoint human rights consultants at six courts of Georgia; they will be in charge of obtaining information about the practice of the European Court and supplying the decisions of the European Court to the judges, as part of current proceedings.

In response to the Public Defender’s recommendation – in case a bail bond is used as a restrictive measure in relation to an accused person, courts have to perform a thorough assessment of material standing of an accused person or of a person who is to pay the bail, based on relevant evidences. The Chairperson of the Supreme Court mentioned that the Court is not authorized to itself obtain materials necessary for the application of a restrictive measure and decides on a measure based on the materials presented by parties and their demands. Although, establishing pretrial probation service would contribute significantly to the improvement of this process; this service, at the instruction of a magistrate judge, will prepare an informational report about an accused person.

in relation to a recommendation on furnishing the parties with a copy of a court ruling within the law-prescribed timeframe, including sending an appeal and case to the Appeals Court without delay, upon presenting a counterclaim to an appeal or upon the expiration of a term envisaged by law for the presenting a counterclaim – Nino Gvenetadze stated that delay in documentation management is sometimes due to high number of cases and the lack of judges resource. Although, unjustified delay of documentation management is the basis of disciplinary responsibility of a judge and court administration. She also added that procedural legislation does not stipulate the term for the sending a copy of a judgement rendered by the Appeals Court.

Courts should ensure the review of legitimacy of investigative activities performed in case of emergency and render a relevant justified decision – in relation to the recommendation it was mentioned at the committee session, that there is certain vagueness in the practice in relation to the procedures and rule of obtaining a consent from a person to be searched, and it is desirable that the matter is more clearly regulated by legislation. Judiciary welcomes ideas directed towards the improvement of judicial practice and stands ready to conduct workshops and additional trainings on the mentioned issues.

The recommendation of the Public Defender was – in criminal cases property should be attached only on the grounds and purpose stipulated by law, in order to exclude the suspension of the ownership right by means of attachment legitimately obtained property.

Nino Gvenetadze provided a thorough review of the legislative framework about the attachment of property and mentioned that the judiciary is attentively observing judicial practice on the mentioned issue, as well as conclusions and ideas of various organizations and expresses readiness to conduct workshops and trainings on the mentioned topic, if necessary.

The recommendation of the Public Defender about decisions on denying residency permit to foreigners residing in Georgia, that are appealed in court was – During the consideration of the case to solicit all information available at the Ministry of Internal Affairs of Georgia Counterintelligence Department, based on which a person was denied the right of the entry to Georgia and to review such information.

According to the Chairperson of the Supreme Court, judicial practice in 2015 confirms that general courts examine as to how duly relevant circumstances have been examined and studied, in certain cases, they solicit information available at the Counterintelligence Department and considering the circumstances of the case, in certain cases, despite negative conclusion of the Counterintelligence Department, cancel individual-administrative legal act of the State Services Development Agency and instruct it to issue a new act.

It should be noted that the 2016 Action Plan of the High School of Justice comprises training of judges in relation to the rights of asylum seekers, refugees and other individuals in need of international protection, and this will contribute to the implementation of the Public Defender’s recommendation.

At the end of the meeting, the Public Defender expressed hope that timely review of legislative amendments package as part of the third wave at the Parliament will contribute to the improvement of the legislative framework and the elimination of existing gaps.

In response to several questions of the Public Defender, the Chairperson of the Supreme Court stated that the Parliament has already included the review of the issue of introducing an electronic case assignment system, although certain technical resources are necessary for putting this system into operation. 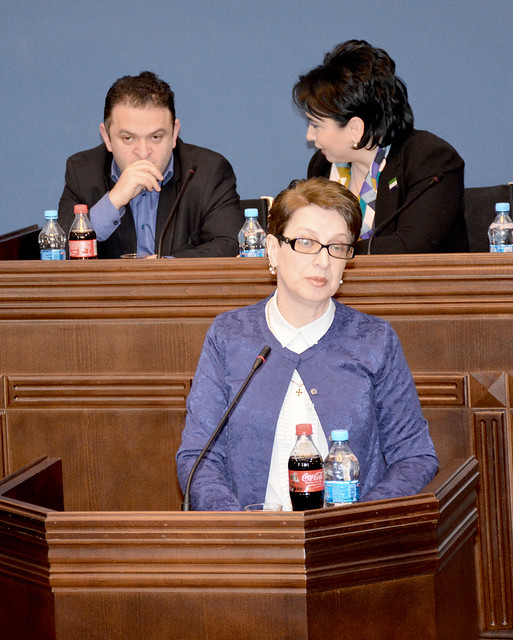