At the opening of the meeting, representatives of the diplomatic corps, state agencies, international organizations and members of the Councils of Religions and Ethnic Minorities observed a minute of silence to honor the victims of the Holocaust.

"It has become a solid tradition for us to mark the Holocaust Remembrance Day, the aim of which, apart from remembrance, is contemplation.

Unfortunately, even today, we have to live in an extremely dangerous world full of wars and intolerance; in a world that has already got used to mass destruction and persecution of people on terrorism, religious, ethnic, racial or political grounds; in a world where human life and dignity are abused!

Fight for the principles of human rights and freedoms, tolerance and peace is a major tool, through which we have been able to save human dignity and the eternal quest of the humankind to live in freedom and to live with dignity", - said the Public Defender in his speech.

Kakha Kozhoridze, Advisor to the President, read the President's statement on the Holocaust Remembrance Day. "Hatred of others, unconditional and absolute belief in self superiority led us to the Holocaust. We should never weaken our attention towards even slightest expression of the evil, oppression, deprivation of liberty, and we should immediately resist them with love, mutual respect and support. Today we can best pay honor to the memory of the Holocaust Heroes by building the kind of future, where our children, our future generations will live in an environment of peace, prosperity and development, in a world in which the Holocaust is impossible”, - said the President’s statement.

The participants of the event lit candles on the menorah and paid tribute to the 6 million Jews killed during the Holocaust, 2 million Romanies and all other victims of the Nazi regime. At the end, Rabbi Avimelekh Rosenblatt read a memorial prayer.

An exhibition of Holocaust photos was also presented at the event by the Israeli Embassy to Georgia.

27 January was declared as the Holocaust Remembrance Day by the United Nations at its 42nd plenary session in 2005, as thousands of captives of the Auschwitz concentration camp were freed on that day in 1945.

The Holocaust Remembrance Day event was supported by the National Library of the Parliament of Georgia and the Promoting Integration, Tolerance and Awareness Program (PITA) of the UN Association of Georgia (UNAG), which is funded by the US Agency for International Development (USAID). 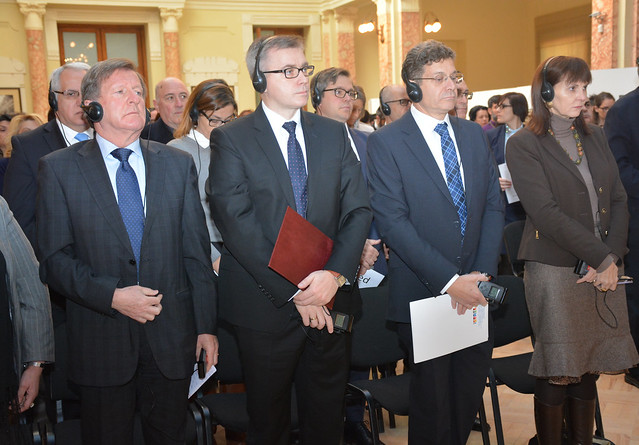