On December 10, 2015, in the Kutaisi building of the Parliament of Georgia, the Public Defender held a reception together with the Parliament in connection with theInternational Human Rights Day by the support from the United Nations Development Programme and the EU Delegation to Georgia.

In his speech the Public Defender emphasized the positive changes carried out in terms of protection of human rights in 2015, including the election of Georgia as a member of the United Nations Human Rights Council, the adoption of the Juvenile Justice Code and the reforms carried out in the judiciary and the prosecutor’s office. The Public Defender also focused on the issues that still represent challenges and noted that the implemented changes are not enough for making the process irreversible.

When speaking about the unsolved problems, Ucha Nanuashvili emphasized the expectations for fair judiciary, grave social conditions of the regional population, security of people residing in conflict regions and near the dividing line, as well as housing problems of the homeless and refugees. He talked about the situation in prisons, gender inequality and insufficient efforts for elimination of violence. The Public Defender also underlined the importance of civic education in the field of human rights and emphasized the opening of the Public Defender‘s Academy of Human Rights, its functions and future plans in this context.

“The 10th of December reminds us that we all should be uncompromised towards violations of human rights, violence, intolerance, xenophobia, persecution, discrimination and femicide. There is no security without protection of each right and freedom, and the human is the highest value”, said the Public Defender.

Eka Beselia, the Chairwoman of the Parliament’s Committee of Human Rights and Civil Integration, spoke about the ongoing reforms in the field of human rights. She reviewed the legislative changes carried out in the Parliament for institutional strengthening of the Public Defender. According to her, the Committee of Human Rights and Civil Integration surveys the Public Defender’s reports for months and holds sessions in a new format with the involvement of non-governmental organizations, the Public Defender and the executive government; approves resolutions on Public Defender’s recommendations and monitors the implementation of recommendations.

In addition, it is worth noting that the Public Defender proposed the Parliament of Georgia to declare 2016 as the year of the rights of older persons. 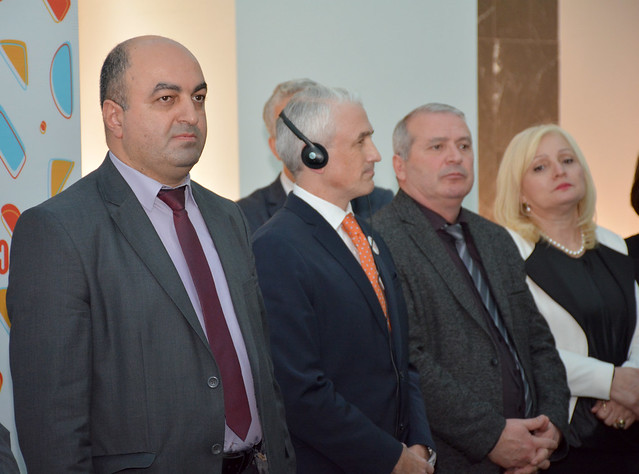