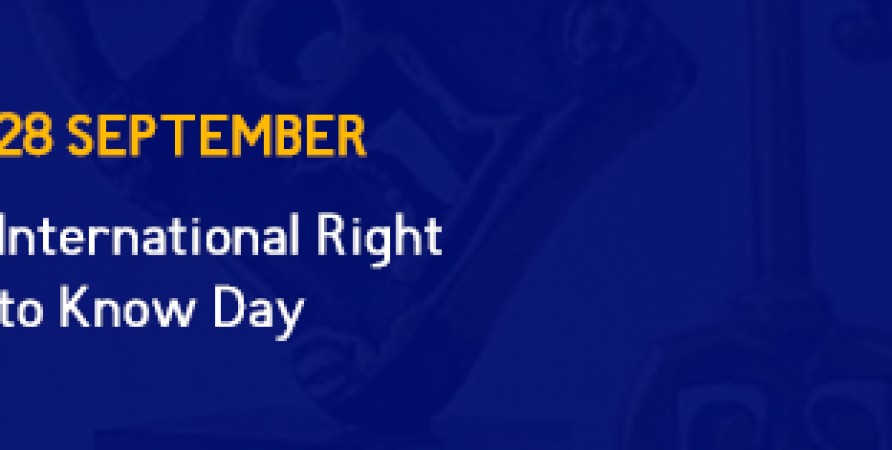 International Right to Know Day is on 28 September

International Right to Know Day is on 28 September. Article 41 of the Constitution of Georgia guarantees the right of access to official documents of state institutions for everyone. In the Open Governance Index 2015, which rates the state of freedom of information along with other criteria, Georgia ranked 29th among 102 countries of the world, while it took the first place among 13 countries of Eastern Europe and Central Asia.

However, practical realization of the aforementioned right remains problematic. There are cases when state institutions and local self-governmental bodies refuse to issue public information without any grounds. The wrong application of the Law on Personal Data Protection has recently had certain negative impact on freedom of information in the country. For example, state agencies refuse to issue information containing personal data on the grounds of lack of relevant person’s consent. No attention is paid to the fact that the legislation allows release of information on other grounds too, which are not related to the person’s consent. In particular, issue of information is necessary for protection of important public interests in accordance with the law; issue of information is necessary for fulfillment of obligations by state or local governmental institutions, etc.

It should be noted that the legislation does not provide sanctions for illegal refusal to issue public information. This problem was reflected in the Public Defender's annual report. To solve this problem, the Public Defender issued a recommendation to define administrative responsibility for illegal refusal to issue public information, as well as to develop appropriate mechanism for supervising the access to information. Another recommendation of the Public Defender was to ratify the Convention on Access to Official Documents adopted by the Council of Europe on 18 June 2009. None of the recommendations have been shared so far, though as far as I am aware the Government works on a new bill on freedom of information. I hope that this bill will introduce quite high standards of freedom of information and its protection. According to the Open Government Partnership Action Plan 2014-2015[1], the bill was to be presented to the Government and the Parliament of Georgia in the spring of 2015. It is important to start the process in time, as well as to ensure public discussion about the topic and proper engagement of all interested persons in it.

At the same time, it is important the Government to ensure transparency in practice; each fact of non-issue of information must become a subject of due consideration and must be strictly responded, since the aforementioned right represents a cornerstone of democracy and expression of the Government’s accountability to people.